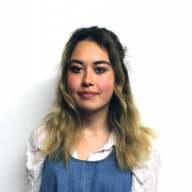 We caught up with Maya from our Best Buy company cut.le.crap. The company came top in our ethical shopping guides for Shower Gel and Skincare.

How and when did cut.le.crap start?

When we started cut.le.crap., it really came from one single statement about beauty care products: "cut the crap"! We were frustrated by unethical and unsustainable business practices in the beauty care industry and had been using natural products for some time.

When we came back to the UK from Australia in August 2017, no brand screamed out to us. Most used lots of packaging and plastic, plus the brands just lacked excitement for us. So we decided to set up our own, worked on the formulations and then launched the site in August 2018!

Describe your values in three words...

What's the problem with toxins in health and beauty products?

Some toxins that are in beauty care products are believed to have a negative cumulative effect on the body as a result of continued exposure over time. Initial tests and studies indicate that exposure to even small amounts of toxic chemicals may cause a range of health problems, from cancers to infertility.

For example, a major concern is a destructive effect these toxins have on cells within the Endocrine System. They even have a name now: EDCs (Endocrine Disrupting Chemicals). And it's no better for the planet either.

What makes you different from your competitors?

Our name says it all really. We're rebels at heart and don't like to conform. We feel so many other natural beauty care businesses are "greenwashing", from packaging to plastic and high prices to gender separation of products.

This is the BS we want to say cut the crap to. And we know we're not perfect. But we're open and honest about it. We think that's the difference.

How has the climate crisis affected your business and the way that you run it?

The climate crisis has had a profound effect. Firstly, Ben has been directly involved with his local Extinction Rebellion group and was very active in the October Rebellion. This takes up a lot of his time, but it's the most important issue, so we have to balance this with all our other commitments.

Secondly, we've always been mindful of the planet, but how the climate crisis is developing means we really want to push our ourselves to do better.

We've recently partnered with Trees For Cities, and we have a number of goals as part of our sustainability strategy. The climate crisis makes us more motivated to achieve these in a quicker time frame.

Any advice for ethical consumers?

If you're reading this, you're already doing the right thing. I always use Ethical Consumer to identify products or services I want to buy. It's really balanced and focuses on the right issues.

I would also say, stay strong to your values. As consumers, we've been called hypocrites and judgemental, and this can really demotivate you and cause anxiety. But remember, when people revert to name-calling, it means you've already won the logical argument, and it's only a matter of time before these same people will be doing the same as you.

We would like to thank Ben for taking the time to talk to Ethical Consumer. For more information about cut.le.crap, visit our ethical shopping guides to skincare and shower gel, or the cut.le.crap website.