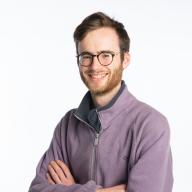 Mackenzie Denyer investigates the environmental cost of the climbing industry.

As individuals, climbers have strict codes of conduct that aim to mitigate their direct environmental impact. “The BMC [British Mountaineering Council] advocates that all climbers, hill walkers and mountaineers should aim to create minimal impact on the environment and should respect the needs...of future generations.”

Logically, this ethos should travel upstream to the corporations who manufacture climbing products. They would be expected to show an awareness of climate change and the need for environmental protection, as these issues threaten to significantly alter the very natural environments upon which the climbing industry is built. However, this is not always the case.

Although climbing company websites are plastered with panoramic photos of untouched landscapes and flowery rhetoric about the wonders of the great outdoors, there is a saddening lack of proactive action from climbing companies regarding environmental policies and practices.

Environmental Reporting in the Climbing Industry

The climbing industry has grown rapidly in popularity, with BMC membership rising from 25,000 in 1990 to over 80,000 today, more than 400 climbing walls are now open across the UK [3]. With new indoor gyms popping up in many towns and cities in the UK, climbing seems to be the latest sport attracting middle-class urbanites with a taste for fresh air and expensive gadgetry.

A newbie to the climbing world will quickly realise that it’s an expensive past-time. Shoes, rope, safety gear, crash pad, helmet, chalk bag, travel and gym costs make the industry lucrative for businesses. Combine this with the increased popularity of climbing and it is no surprise that big conglomerates such as Adidas have bought their way in to the climbing market in recent years [1].

In an effort to evaluate the industry’s environmental responsibility, a cross-section of climbing companies were reviewed, from market leaders and conglomerate owned brands such as Five Ten (owned by Adidas) and the North Face (owned by the VF Corporation), to independently owned businesses like Moon Climbing and Red Chili.

Ethical Consumer’s Environmental Reporting rating was then used to scrutinise companies’ environmental policies. We looked for companies to show a reasonable understanding of their business’s key environmental impacts, set targets for reducing these impacts and present independently verified environmental performance data. Policies on the use of toxic chemicals,  cotton sourcing and leather production were also assessed as each area has potentially significant environmental impacts.

The Crux of the Problem

Shockingly, over half of the climbing companies that were reviewed did not conduct an environmental report of any kind. And of the ones who had, only five avoided a ‘Worst’ rating in this category. Even those company’s with multi-million pound annual sales such as Patagonia, Black Diamond, Mammut, The North Face and PrAna could not demonstrate a tangible commitment to mitigating their environmental impact.

3rd Rock was awarded a ‘Best’ rating because it was deemed to be providing an ethical alternative and was very small- we do not demand that small companies have such well developed policies. Vaude, MEC and Wild Country targeted PFCs in their reports, all pledging to reduce the dangerous chemicals’ prevalence in their products. The vast majority of the companies who received a ‘Worst’ rating did so because all they gave were indecisive and weak statements on environmental responsibility.

Per- and polyflourinated chemicals (PFCs) are a group of man-made compounds which make materials stain resistant and waterproof. PFC use can also be identified by various other names including PFOA, PFOS, PTFE and PFAS. The chemical bounds in PFCs are incredibly resistant and remain in the environment for hundreds of years. Greenpeace research has found traces of PFCs in secluded lakes and snow, as well as in the livers of polar bears in the Arctic and even in human blood. A Swedish government report from Spring 2015 states that PFOS, PFOA and some related substances are classified as ‘reproductively toxic, carcinogenic and harmful to the thyroid’.

Greenpeace’s ‘Detox’ campaign, which focuses on PFCs, should serve to remind us that companies outdoor products don’t always have the preservation of the environment integrated into their business model. Of the companies reviewed, only three avoided a worst rating in the Pollution & Toxics category. Only Vaude was able to demonstrate this effectively. All of the other companies showed little to no awareness of pollution and toxics.

The Ethical Fashion Forum states that “cotton uses 22.5% of the world’s insecticides and 10% of all pesticides, on 2.5% of agricultural land”. It’s estimated that over 98% of sprayed insecticides and 95% of herbicides reach a destination other than the one they were intended for[2].

Only five of the 14 companies that sold cotton products had reasonable practices in place to prevent the potential harm the cotton industry can have on the environment. The best way of insuring least environmental impact is using organic certified cotton.

3rd Rock, Vaude, MEC, Alpkit and PrAna had their cotton products accredited as organic. Organic certificated cotton is not only grown without environmentally damaging chemicals, but has the added benefit of circumventing the problematic Uzbekistan industry. As one of the world’s biggest producers and exporters of cotton, it is shocking that numerous investigations into the industry in Uzbekistan have found strong evidence of State-led forced labour programmes on a massive scale. (Note, since March 2022 the boycott call against Uzbek cotton has been lifted.)

Fortunately, in climbing footwear itself, leather has been overtaken by synthetic alternatives. However, many of the companies who produce climbing shoes, such as La Sportiva, Scarpa and Boreal, also profit from the sale of leather products. If you want to read further on the leather vs. synthetics issue you can read shopping guide for ethical shoes.

Leather is more than a meat industry by-product; alone it accounts for 7-10% of an animal’s total worth and it contributes significantly to the profits of the industry.

Only two of the 13 companies who sell leather show an awareness of and willingness to prevent the negative impacts of leather products. These are Vaude and PrAna. Both of these companies treat their leather without using harmful chemicals and pollutants such as arsenic and cyanide. The remainder neglect the impact that their leather production has on the environment, the waste of which includes lime sludge, protein and acid.

Vaude Sports GmbH & Co. KG lead the way for environmentalism in the climbing industry. Through its acquisition of climbing brand Edelrid in 2006, Vaude has provided climbers with a truly environmentally conscientious option. Vaude scored ‘Best’ in Ethical Consumer’s environmental ratings, the only company in the climbing industry to do so. The company’s website has an extensive section entitled ‘Sustainability Report’ which covers topics from PFC’s to leather, toxics, greenhouse gases, cotton, working conditions and much more.

Importantly, Vaude demonstrated a deeply rooted understanding of environmental issues. Not only has Vaude committed to Greenpeace’s ‘Detox’ campaign, pledging to remove all PFCs by 2020, but it also lead the industry in environmental reporting and environmentally conscious cotton sourcing which denounces conventional cotton production labelling it “a dirty affair”.

Wishy washy statements such as Black Diamond’s: “We believe it is our responsibility not only to deliver the best performing gear, but to do so while minimizing adverse environmental effects”.

“At La Sportiva’s: “we believe we should go beyond the basics of ethical business practices and embrace our responsibility to people and to the planet” are no longer adequate.

As climbers we need to call for products that are designed, manufactured and transported in a way that most reduces their damaging effect on our planet. Greenpeace’s ‘Detox’ campaign highlights how to get specific environmental issues onto the radar of industries, and with some encouragement the climbing industry can become a bastion of ecological business but needs the push of consumer demand.

It is imperative to encourage climbing companies to assess and account for their environmental impact. The Guardian observed that, as consumers become increasingly conscious, “Greenwashing and a token CSR [corporate social responsibility] marketing campaign are no longer enough”.

Joining Greenpeace’s ‘Detox’ campaign is a good first step but further action should included directly challenging climbing companies on their environmental footprint; as well as expressing interest in eco-friendly products.

Currently the best options for consumers are 3rd Rock for apparel and Edelrid for everything else. If neither of these work for you then Wild Country is a viable alternative, but it still has some way to go until it can be considered a truly environmentally friendly company.

From only £29.95 for 12 months web access and the print magazine. Cancel via phone or email within 30 days for a full, no-questions-asked refund!