Holland & Barrett is probably the UK's best known health store. It's on most high streets and sells many brands marketed as vegan and organic.

But how well do you really know this company? We look behind the brand reviewing the company's ethical policies and ownership.

Is Holland and Barrett ethical?

Our research highlights several ethical issues with Holland and Barrett and we have awarded them negative marks in a number of categories on our scoring system, including for environmental reporting, palm oil, supply chain management, animal rights, animal testing, anti-social finance and political activities.

Holland & Barrett is also part of a corporate group that invests in fossil fuels and likely conducts animal testing.

Below we outline some of these issues. To see the full detailed stories, and Holland and Barrett's overall ethical rating, please sign in or subscribe.

Worst rating for its environmental and other reporting

Our research found that Holland & Barrett was falling short in relation to its approach to the environment.

No comprehensive environmental policy was featured on the company website, though a summary was found on its ‘Plan-it-Green’ webpage. This lacked information about key issues in its sector such as pesticides and organic farming.

The company stated, “Our aim is to be carbon neutral”. Initially this might appear to be a worthwhile target, but there was no apparent plan in place for achieving this nor a time frame for doing so.

Microplastics are another key issue in the cosmetics sector. While the company stated that its products were microbead free it did not discuss other microplastics or non-biodegradable liquid polymers.

Palm oil is a key issue too. The company stated that it required palm oil to have a valid RSPO Roundtable on Sustainable Palm Oil) certificate, but no information confirming this was found on the Holland & Barrett or RSPO website.

Spending pounds at Holland & Barrett therefore means investing in a corporate group that is part of the fossil fuel industry.

It also sold honey, seemingly without any bee welfare policy. This is concerning considering the issues associated with honey production (bee mutilation and the killing of drones, colonies or brood to ensure maximum honey yield). Read more about bee welfare in our guide to honey.

Holland & Barrett’s parent company LetterOne stated on its website that it was investing in Life Science companies. The area of Life Science is likely to involve animal testing, and no company policy regarding animal testing was found.

In relation to animal testing, the company stated:

"We ethically source all of our beauty ranges and are proud to offer many brands that are Leaping Bunny certified, which is the gold standard for non-animal tested consumer products. Therefore, you can have peace of mind when choosing your natural beauty products."

Therefore while Holland & Barrett retails many animal-friendly products, overall the company is not a good choice if you want to avoid harming other animals.

LetterOne was also said to have spent $440,000 on lobbying in 2019 according to the Open Secrets website.

When Ethical Consumer searched the company website there was no specific information related to the company’s approach to supply chain policy, auditing and reporting, stakeholder engagement or difficult issues.

The company website featured a page called ‘Plan-it-Green’, which stated "We have a dedicated team of auditors who regularly monitor the care, quality and responsibility exercised by our suppliers.”

For a company with an annual turnover of £36m, a far higher degree of transparency and detail is expected to ensure the company runs an ethical supply chain. 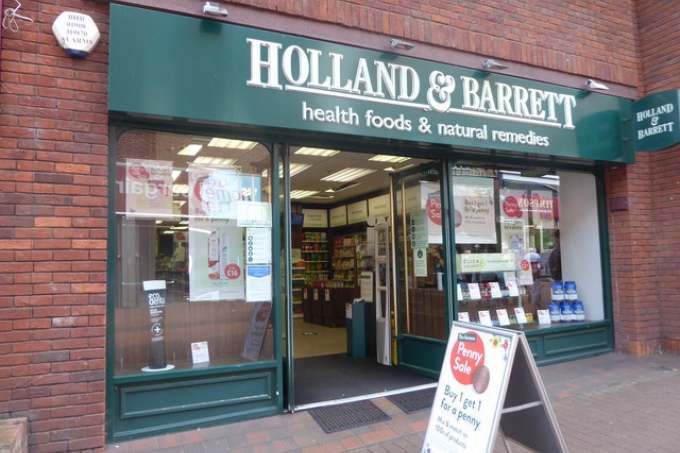 Tweet or email Holland & Barrett to let them know what you think of their ethics.