In this guide we investigate, score and rank the ethical and environmental record of 18 designer and luxury fashion brands

We also look at fur, response to Rana Plaza,  exotic skins and we shine a light on the ethics of Stella McCartney. 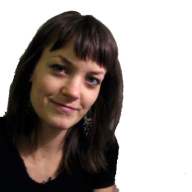 What to look for when buying clothes:

We don't recommend buying from any brands in this sector because they score so poorly. Buy second hand or brands in our Alternative Clothes Shops guide.

Designer brands too often put style over substance, using fabrics that come with a large price tag in terms of both the environment and animal rights.

All of the brands in this guide score badly, the lowest scoring ones are:

What is most important to you?

Our research shows that most designer brands are now publishing corporate social responsibility (CSR) reports, which is great news.

The last time we covered luxury fashion, the report highlighted the apparent ‘vow of silence’ on CSR in the designer fashion sector.

None of the surveyed companies had an environmental policy, and all but two of them (LVMH and Burberry, with middle ratings) scored worst for their Supply Chain Management.

This time around, Hugo Boss and Kering score best for Environmental Reporting and PVH and Hugo Boss score best in the Supply Chain Management category. Only Chanel was found to have no environmental policy whatsoever, and the company’s supply chain information was limited to a FAQ section on the website.

This is an improvement but, by comparison, the larger high-street brands are generally doing much more, with CSR policies and procedures in place.

In most cases the companies’ engagement with the current environmental and social issues facing the fashion industry still appears rather lacklustre. This is possibly due to luxury fashion largely evading the campaigners and media spotlight over working conditions in clothing factories, which tends to focus on high-street brands.

Few have signed up to the Bangladesh Accord which seeks to make Bangladesh factories safer for workers, or to the Responsible Sourcing Network’s Cotton Pledge to keep Uzbek cotton out of their supply chain.

Transparency is another area where a majority of these brands fall short. In Fashion Revolution’s 2017 Fashion Transparency Index, half of the brands which feature in this guide scored between 0-10%, and the other half scored 21- 30%. The companies in the top scoring 41-50% band of the Transparency Index were all sportswear and high-street brands.

The top scoring luxury brand was PVH with 57 out of 100. The top scoring brand overall was adidas with 81 and all the brands scoring over 60 were high-street and sportswear brands.

Our research found that only PVH (owner of Calvin Klein and Tommy Hilfiger) and Hugo Boss published a supplier list which named the individual factories, compared to five brands on the high street table.

Other brands in the table clearly have global supply chains too, Hugo Boss publishes a supplier map showing it has suppliers in countries across Asia, South America and Eastern and Western Europe, and Coach has sourcing and quality control management offices in China, Hong Kong, The Philippines, Vietnam, South Korea and India that work with its suppliers.

The anti-fur campaign has raged over decades and, each time it seems the campaigners are winning, fur reappears on the runway.

Lots of different animals are used for their fur: foxes, beavers, raccoons, mink, chinchillas, rabbits. They are often farmed, living in cramped and unsanitary conditions and often suffering both during their lives and at point of death.

Of the companies in this product guide, we found evidence of the use of fur by the following companies: Coach, Chanel, LVMH, Hermes, Burberry, Prada and Gucci (Kering).

PVH had no policy prohibiting the use of real fur in its supply chains, though we couldn’t specifically find a reference to its use of fur at the present time. Since it’s summer, it’s possible that these brands could bring out fur items later on in the year.

Burberry is the subject of a campaign by Campaign Against the Fur Trade for its recent increase in the use of fur.

Hugo Boss committed to going farmed-fur-free from 2016, and Ralph Lauren made a commitment to go fur-free back in 2006, although this won’t be a cause of huge celebration among animal lovers as it still uses shearling made from sheep skin.

Skins used in high-end fashion include python and crocodile skin. According to PETA, there are few laws in place to protect reptiles from abuse, and poaching is a big problem for many at-risk species. Processes can be wasteful too, and it can take two or three crocodiles to make just one handbag.

In the manufacture of exotic skins, there are relatively few actors, with larger companies owning several brands as well as their own skin tanneries and captive-breeding facilities.

Recently, PETA revealed that alligators were suffering poor living conditions and cruel treatment at a facility supplying the skins to Hermes. Similar conditions were also found at a facility in Zimbabwe.

Earlier this year PETA became a shareholder in LVMH (owner of several designer brands including Louis Vuitton) to pressurise the company to stop using crocodile skins after an exposé on farms in Vietnam.

In response, the company said it had not bought crocodile skins from any Vietnamese farms since 2014. In an Ethical Consumer company questionnaire, LVMH told us that it owns an exotic leather tannery and several crocodile farms.

There are some systems in place to raise awareness and regulate the trade of threatened species. The Convention on International Trade of Endangered Species (CITES) is a voluntary international agreement on international trade in around 5,600 wild animal species. Currently 183 states have agreed to be bound by the Convention.

A 2015 European Union Study into the Illegal Wildlife Trade (IWT) said the 28 EU member states form one of the world’s largest consumer markets for legal wildlife and wildlife products. Exotic skins were the second highest CITES-listed wildlife commodity imported into the EU in 2012 – a trade worth an estimated €167 million – 92% of this being reptiles.

The International Union for Conservation of Nature and Natural Resources (IUCN) Red List categorises species according to the extent that they are threatened by extinction. This list has been adopted by the Parties to the Convention on Biological Diversity, encompassing 196 countries – 96% of which have developed National Biodiversity Strategies and Action Plans.

Only two of the brands in this guide have a policy on their website on the use of exotic animal skins and fur which reference CITES and/or the ICUN Red List – these are Coach and Kering. Kering has also published some targets on sourcing these skins ‘sustainably’ though the term is not explained fully.

In 2014, Kering partnered with the International Trade Centre (ITC) and the IUCN SSC Boa & Python Specialist Group to form the Python Conservation Partnership with the aim of providing analysis and recommendations around the sustainability of the python trade.

One of the project’s reports, in 2014, suggested that python farming had a place in protecting wild python populations in Asia from illegal trade. Earlier this year Kering announced that it was setting up its own python farm in Thailand, which would start producing skins in 2018, scaling up to provide “a significant number” by 2020. The company said it did not plan to stop buying legally-traded wild skins in addition.

Hugo Boss says it does not use any exotic leathers – only hides from cows, goats, sheep and buffalos.

Ralph Lauren and LVMH do not publish an exotic skins policy on their own website but they have implemented the ‘Animal Sourcing Principles’. These were developed in 2011 (updated in 2016) by the Responsible Luxury Initiative (RELi), formerly known as the Luxury Working Group.

They set out animal welfare standards, reference CITES and the ICUN Red List and, crucially, also have a section on how they should be implemented throughout the supply chain. RELi is a collaborative initiative of Business for Social Responsibility (BSR).

Whilst clothing is commonly made of synthetic materials, cotton is still the most used fiber among naturally produced, non-synthetic materials. According to the US Department of Labour, cotton is one of the goods most commonly produced using forced labour. Forced labour exists in nine countries producing 65% of the world’s cotton – Benin, Burkina Faso, China, India, Kazakhstan, Pakistan, Tajikistan, Uzbekistan, and Turkmenistan. Europe is the biggest single destination for Uzbek cotton.

While forced labour in cotton production remains endemic in many countries, nowhere is it more organised than in Uzbekistan. Farmers are ordered to grow cotton and every year at harvest time the repressive government forcibly mobilises over one million citizens, including teachers and doctors, to leave their regular jobs for a few weeks and go to the fields to pick cotton. The profits from the cotton production go to the country’s powerful elite.

Cotton sourced from the Xinjiang region in China

The End Uyghur Forced Labour (EUFL) says that there is evidence of the Chinese government using “forced labour as a means of social control” throughout the cotton-producing Uyghur region of Xinjiang.

Brands are being urged to cut ties with the Xinjiang Uyghur Region of China as a result. Find out more in our feature on Uyghur Muslims.

Stella McCartney (owned by Kering) describes itself as the world’s first and only vegetarian luxury brand. “We do not think that any animal should give their life for the sake of fashion.

We do not use and have never used leather, skins, feathers or fur in any of our products, collaborations or licensed products. This is a decision that we stand behind both ethically and environmentally.”