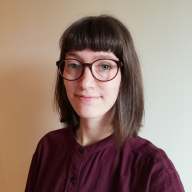 Francesca Willow, or Ethical Unicorn as she is known on her social media platforms, is an artist and writer/blogger who aims to bring a factual and informative approach to sustainable living and social justice.

We caught up with her to talk about activism, social justice, the pandemic and regenerative agriculture.

It’s hard to pinpoint a specific moment, but coming from an arts background, I feel like I was in spaces where those discussions were happening a fair bit. A large part of my MA focused on cultural studies and activism, so we were talking a lot about systemic oppression and ways people were resisting. It’s where I first learned about Liberate Tate, which campaigned for the Tate to drop its oil funding, in depth, for example. During this time I started making changes in my own lifestyle too. I’d say learning is always a journey of growth, but that was maybe the point where the journey became more intentional.

In general though, I think those interests can definitely be sparked by reading a lot of fiction from diverse authors. That was the case for me from a fairly young age. It cultivated so much empathy and understanding outside of my own bubble of privilege, so I’d say reading/engaging with storytelling can help set people up for activism. I’m so grateful for my local childhood library!

For anyone looking to make changes to their lifestyle impact, what would be your recommendation for the best place to start?

I think there’s two answers to this question, depending on your priorities. If you’re thinking more about the tangible aspects of your day to day life (for example reducing plastic or eating more plant based) then I would say start small and take it little by little. Work on adopting one habit at a time, learning one meal at a time, making one sustainable switch at a time, then move on to the next one when that becomes normal to you. It’ll help you sustain things in the long run.

However if you’re looking to make the biggest impact as efficiently as possible, start by switching your bank account, which will take your money out of fossil fuels and the arms trade. Ethical Consumer has a great guide on the best ethical options!

A lot has changed during lockdown and it’s been a hard time for many. What advice would you give to someone struggling to make ethical choices at this time?

Please don’t be too hard on yourself at the moment! We are going through a pandemic.

Meanwhile 100 fossil companies are responsible for 71% of greenhouse gas emissions. There’s a lot of messaging from corporations and governments that tries to pin blame and guilt onto us for individual choices, but this isn’t the reality. Yes, try to make changes where you can, but what matters more is policy and system change. You can’t consume your way into a more ethical world, so just do your best with what’s feasible for you, and instead see how you can contribute to local activism where you are. No matter how small the part you play, it still matters!

Do you think we’re powerless as consumers, given the enormous stature of companies like Facebook and Google?

The increasing monopolisation of some select companies is a struggle; ethical and sustainable options get more complicated and confusing when unethical parent companies start buying out smaller ones in the name of green capitalism (Oatly’s recent acquisition is a recent example of this), and tech’s overwhelming influence on our lives and political spheres can feel like a lot to combat.

That being said I think we can still find small, local and independent organisations to support (for example you can find a community supported agriculture (CSA) project for local food options) and grassroots organising/mutual aid to get involved with.

Consumption won’t save us. Yes, try and do your best with your consumption options, but ultimately what we need is more activists everywhere in the real world. You don’t have to be perfect, you can get involved in community action regardless of big tech.

Is protest a good thing to you? Why is it important that citizens take action in this way?

I think protest is definitely a good thing. It’s easy to forget that many of the ‘good’ things we currently have were achieved by protests and direct action at some point, for example the 8 hour workday, expanded voting rights, and child labour laws. The most common argument against protest is the idea of ‘civility’, but I think that word is fundamentally misused in these contexts.

As P.M. Forni wrote, “The civil person is someone who cares for his or her community and who looks at others with a benevolent disposition rooted in the belief that their claim to well being and happiness is as valid as his or her own.”

Civility is deeply concerned with justice, and so protest is the most rational civil act to undertake if those in power decide they aren’t going to listen or change. Civility can’t align with the status quo, because the status quo is already oppressing people. Marginalised communities have been talking about climate breakdown, Indigenous rights, racial justice, economic justice, equality and more for a long time, and their voices have been ignored.

Protest, historically, is the means by which to get these voices heard. It may seem inconvenient, but it’s the tool the people have. Plus, there is a solid history of the effectiveness of protest and research into why it works.

In one of your most recent blog posts you talk about regenerative agriculture and how important these practices are to the climate movement. Could you explain this in a nutshell to our readers?

Regeneration is an approach to farming that focuses on soil and ecosystem building. Kind of like ‘organic farming plus’, it’s a set of principles and approaches that looks to build soil organic matter over time (and will differ depending on each specific area of land and the conditions). Healthier soil has more micro-organisms living in it, and plants growing in healthy soil send carbon (in the form of sugars/carbohydrates) into the soil to feed these organisms, in return for nutrients given to them.

Essentially regenerative agriculture is a great tool for carbon sequestration: the more healthy micro-organisms in your soil, the more carbon pulled out of the air and stored in the ground. It also provides more nutritious and resilient crops and protection from floods and droughts, and can save farmers money. I think the aim to convert more farms to regenerative practices has a lot of potential for returning carbon in the air to the land.

That being said, I do also think it’s key to acknowledge the limitations of the current movement too. I recently co-published a piece which was written by over 10 Indigenous leaders and organisations around the world. It talks about the fact that, while regenerative and permaculture principles are important, we also need to acknowledge that these principles have evolved from Indigenous ecological knowledge. They weren’t ‘discovered’ or ‘invented’ by white people. It’s important to weave in this understanding (even if we’re in Europe), incorporate Indigenous rights into our anti-racism work, and honour this traditional wisdom and these mindsets whenever possible.

Essentially, it’s an invitation to utilise these practices in farming but also to go deeper culturally too: to learn about and embrace cultural shifts in how we relate to each other and the world, moving towards holistic community care and Earth care rather than individualistic, hierarchical structures that have been brought about through colonial and capitalist histories. I really recommend listening to Kamea Chayne's Green Dreamer podcast, which talks about this a lot!