From likely use of tax avoidance strategies, to animal abuse in its supply chains, and accusations of gender discrimination by no less than 44,000 shop workers, there are many ethical concerns surrounding Asda.

Here we outline the main criticisms of the company.

How ethical is Asda?

Below we outline of some of these issues. To see the full detailed stories, and Asda's overall ethical rating, please sign in or subscribe.

To find out more about the ethics of Asda’s new owners, the Issa brothers and TDR Capital, including their connections with migrant detention and oil drilling, see our Asda takeover article.

Asda workers, backed by the law firm Leigh Day, accuse the company of gender discrimination, claiming that the retail staff who are mostly women are unfairly paid less than warehouse distribution staff, who are mostly men.

A Guardian article stated "More than 44,000 shop workers say they should be paid the same as the predominantly male staff who work in the chain’s depots, and who receive £1.50-£3 an hour more in pay than the shop workers.”

It was also targeted by the GMB union in 2019. The union claimed that Asda imposed a new contract upon 68,234 workers across the country which they believed would leave them worse off financially. The union said "Asda have stated any colleagues unwilling to agree and accept the proposed contract would potentially be served notice of their current contract and offered re-engagement on the new terms and conditions to take effect at the end of the notice period, with no further compensation. Should the colleague not wish to accept the new terms, they would then be dismissed”.

Asda had limited supply chain management information published on its website. After the sale of Asda from Walmart it released a document titled ‘Asda Programme Transition' which detailed how its supplier requirements would change as it moved away from Walmart. This was extremely limited, with virtually no information about the audit schedule for its supply chain.

However, Asda is a member of the Ethical Trading Initiative which is considered positive and so it scored our middle rating for Supply Chain Management.

In December 2020 the Independent published an article titled 'Turkeys ‘kicked hundreds of times and left wounded at farms supplying Sainsbury’s and Asda’'. This stated that activists with the animal rights charity Viva! had seen workers kicking turkeys more than 200 times in "shocking scenes of suffering and cruelty".

Viva! stated that its investigation found the following:

It stated 'Some turkeys suffered broken wings, and others had their wings “painfully caught in crates” as they were “carelessly trapped” while being loaded to be taken for slaughter at the farm, it was claimed.'

Asda stated “None of Asda’s own-label Christmas turkeys have been sourced from these farms. We do stock a small number of lines from a branded supplier who sources from one of the farms, and we will be picking up with them as we expect all suppliers to uphold comprehensive animal-welfare standards.”

Asda was also marked down under our Animal Rights and Factory Farming categories for selling leather, feathers and honey and lacking adequate welfare standards for these, and selling meat, dairy and eggs that were not labelled as free range or organic.

Asda scores our worst rating for Likely Use of Tax Avoidance Strategies.

Asda is ultimately owned by Bellis Holdco Limited, a company created by the Issa brothers and TDR Capital in order to be the ultimate holding company of Asda. Despite the majority of Asda’s operations being in the UK, the company is incorporated in tax haven Jersey, which the Tax Justice Network says has tax and financial systems that provide "unrestrained scope" for corporate tax abuse.

TDR and the Issa brothers have a history of troublesome tax conduct as shown in their shared ownership of EG Group, which a 2020 article revealed had paid just £55m in tax in the past five years despite revenues of £37.5bn for the period - including two years when it didn’t pay any tax at all.

TDR has high risk subsidiaries for likely use of tax avoidance strategies in Jersey, Guernsey, Luxembourg and the Netherlands, all of which are on Ethical Consumer’s list of tax havens.

It also lost half a mark under Anti-Social Finance because it didn’t publish its directors’ pay.

It did not appear to have any sector-specific policies in relation to phasing out use of refrigerants, which is a key source of carbon emissions in supermarkets. It also retailed petrol, and didn’t report on its Scope 3 emissions in significant detail. Asda’s owners TDR Capital and the Issa brothers also own EG Group, which runs a chain of fuel stations in Europe, Australia, the UK and the US. EG Group's retail brands were listed as Esso, BP and Shell.

It scored a worst rating for palm oil sourcing because it didn’t publish a list of its mills and producer groups/parent companies (refiners), and didn’t publish an annual grievance list - both of which are expected of large companies in an industry rife with environmental and human rights abuses.

Asda also received our worst rating for pollution & toxics across the clothing, electronics, and household and personal care.

Want to find out more? Subscribe to see the full detailed stories about Asda and many other brands. 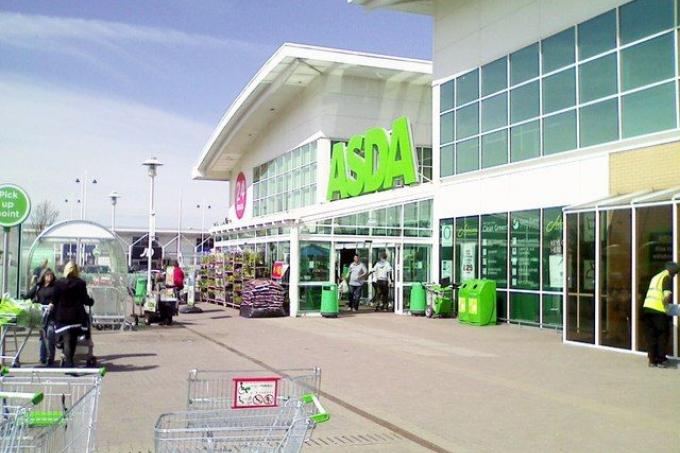