Fairphone is marketed as “The phone that cares for people and planet”.

It was launched in 2010 as a campaign that tried to inspire change in the electronics industry. It wanted to raise awareness about the use of child and forced labour, which were common in the supply chains of electronics companies.

In 2013 Fairphone made its first phone. Now it makes the most ethical smartphones in the world.

Below we outline of some of these issues. To see the full detailed stories, and Fairphone's overall ethical rating, please sign in or subscribe.

You can also read our interview with Fairphone.

Fairphone has taken great measures to map out its suppliers. It is the first smartphone company to integrate Fairtrade gold into its supply chain and has also publicly disclosed a detailed list of its suppliers (for example, there are 76 suppliers for the Fairphone 3 model). This level of public disclosure regarding a company’s supply chain is rare in any sector.

However, mapping suppliers isn’t an easy task. In fact, an article published by Fairphone demonstrates how it was not possible to effectively trace the supply chain of gold used in their phones beyond the Shanghai Gold Exchange, where all component suppliers in China sourced their gold.

To compensate for this the company pays for an equivalent quantity of gold from certified fairtrade refiners and allows this to then be traded on the Exchange. The example shows how a company can proactively overcome barriers to ensure that its products do not support the conflict minerals trade.

We believe that Fairphone is providing innovative environmental alternatives in the mobile phone sector.

The company said "By introducing Fairphone 2 as the world’s first modular smartphone, we figured that this design could potentially improve recycling and recovery of precious materials." The company's Fairphone 3, also used the modular design. It comes equipped with a screwdriver tool so that it can be opened up and parts of it replaced, with spare parts available on the company's website. This is important as it prevents e-waste, a significant problem that is all too common. Find out more about e-waste.

Fairphone operates a recycling scheme for old phones. If you send a phone that can be turned on, Fairphone or other, you will receive money off the purchase of a new Fairphone. The company has now released Fairphone 4.

The company however received our best rating for the Environmental Reporting category because its had at least two dated and quantified environmental targets. The setting of publicly disclosed, measurable targets is considered by Ethical Consumer to be an essential element of monitoring and improving environmental sustainability.

It scored a best rating for pollution and Toxics category because its products are PVC free and avoids the use of Phthalates.

Fairphone is a certified B Corp, which we believe shows the company has made a commitment to ethical behaviour. We therefore awarded it half a mark under for its Company Ethos. 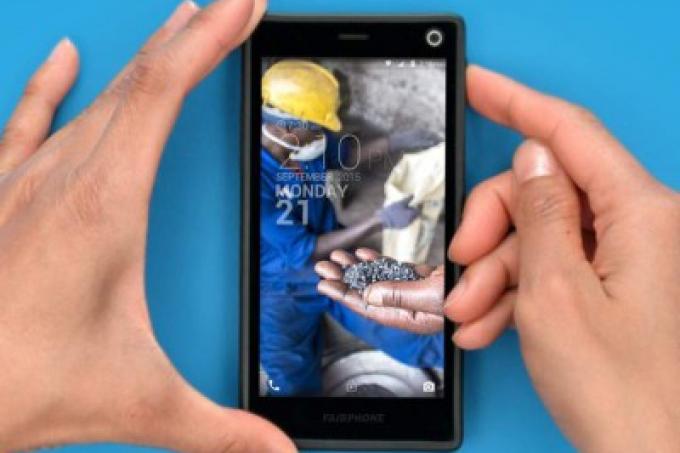 Tweet Fairphone to tell them what you think of their ethics