We looked at several ethical issues associated with HSBC including having a poor approach to climate change, gender pay, executive compensation, lobbying, tax conduct, and investments.

Our research highlights how HSBC invests in companies linked to deforestation, fossil fuels, arms & military supply, nuclear weapons and the Myanmar military. It has the worst gender pay gap of any UK bank, pays excessive compensation to executives, and scored a worst rating for Tax Conduct.

Below we outline some of these issues. To see the full detailed stories, and HSBC’s overall ethical rating, please sign in or subscribe.

Update 19th December 2022: We will be reviewing the impact of HSBC's announcement to stop funding new oil and gas fields on their ratings and profile. HSBC has said it will continue to keep its investments already in oil and gas fields.

When it comes to the environment and climate HSBC faces major criticisms.

It received Ethical Consumer’s worst rating for Climate Change because it had no policy against investing in and financing fossil fuel projects and companies. When we searched its investments in 2021, HSBC held shares in, for example, Royal Dutch Shell PLC.

HSBC is also said to have contributed $55bn to financing companies named in a report published by Urgewald.org which highlighted 12 of the ‘most devastating’ fossil fuel projects currently in development. HSBC was said to be backing all but one of the projects discussed in the report. For example, it was listed as a key financier to companies extracting fossil fuels in Argentina’s Vaca Muerta region.

The NGO Amazon Watch published a report naming the worst offending companies operating in the Brazilian Amazon and the financial institutions which enable them. From 2013-2018 HSBC was said to have provided hundreds of millions of dollars to three major beef companies and four global soy traders, including JBS and Cargill.

HSBC was marked down under our ratings for its investments in nuclear weapons companies. Don’t Bank on the Bomb’s website says that in 2020 HSBC has invested nearly $2,500m in companies involved in the nuclear weapons industry.

In June 2020 HSBC was criticised when its top executive in Asia declared HSBC’s support for the national security law that China had enforced in Hong Kong. This law meant anyone who ‘undermined national unification’ of Hong Kong with China could face a lifetime in prison. Several protestors of the law were met with water cannons and pepper spray and imprisoned by the Hong Kong Police Force.

HSBC pays high rates to its directors – the highest paid received £5m in total compensation in 2020. Despite the comfortable position of these executives, HSBC failed to alert over 100,000 customers that their account had gone into an unauthorised overdraft, despite its legal requirement to do so. HSBC was ordered by the Competition and Market Authority to refund customers a total of £8 million.

HSBC spent nearly $2.5m on lobbying in 2020, and 12 out of its 15 lobbyists previously held government jobs.

The bank has several subsidiaries in tax havens, including an investment holdings company in Guernsey, an equity management company in Bermuda, and a holding company in the British Virgin Islands. 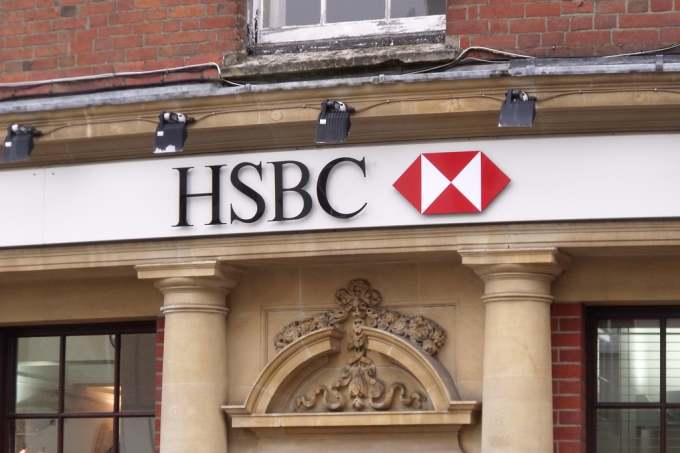