As the world’s largest furniture retailer, IKEA has the resources to invest in creating strong ethical policies. While IKEA has been proven to excel in producing easy-to-assemble furniture, does it excel when it comes to ethical commitments?

Our research highlights several ethical issues with IKEA including: age discrimination, violation of the right to unionise, and other serious workers’ rights issues in their supply chain. The company’s approach to tax, lobbying, animal rights, habitats and resources and the environment in general are other key areas of concern.

Below we outline of some of these issues. To see the full detailed stories, and Ikea's overall ethical rating, please sign in or subscribe.

IKEA has faced repeated accusations of age discrimination. A 2019 article on the Business and Human Rights website stated that IKEA faced five lawsuits in just over a year in US courts related to age discrimination. Workers said they were refused promotion, demoted and discriminated against in terms of pay based on their age.

A 2018 Reuters article accused IKEA of undermining the right to unionise in the US, Ireland and Portugal. A further 2018 UNI website article stated: “IKEA management in the Stoughton, Massachusetts, store repeatedly misrepresented the economic realities of union membership—giving workers the impression that their wages and conditions would be significantly worse if they voted to form a union. The company also told workers’ that their job security “could be worse” if they unionised.”

IKEA was also accused of exploiting Eastern European truck drivers in its supply chain. An article on the Business and Human Rights website viewed in 2017 said lorry drivers were living in their cabs for months at a time, and drivers reported that their salary was less than £3 per hour. A court ruled that this was breaking the law. We marked IKEA down for excessive working hours, dangerous work environment and inadequate pay.

IKEA has faced severe criticism for its approach to taxation. In 2016 it was accused of avoiding up to $1.1bn in corporate taxes between 2009 and 2014, according to a report by Green Party ministers in the European Parliament. The report stated that IKEA had structured itself to dodge taxes using onshore European tax havens.

The company received Ethical Consumer’s worst rating for likely use of tax avoidance strategies in July 2019, as it had multiple holding companies in jurisdictions considered to be tax havens.

According to the Open Secrets website, IKEA spent $40,000 on lobbying in 2018. It was also a member of Eurocommerce, WBCSD, and the World Economic Forum. These were international corporate lobby groups that Ethical Consumer considered to exert undue corporate influence on policy-makers in favour of market solutions that were potentially detrimental to the environment and human rights.

In 2019 the IKEA Franchisor website showed the company had operations in several countries considered by Ethical Consumer to be oppressive regimes. These were Jordan, Saudi Arabia, China, Thailand, Russia and Israel.

The company also failed to have an adequate policy on the sourcing of conflict minerals. IKEA’s Sustainability Report FY18 stated "To reaffirm our commitment to ensure a conflict-free supply chain, in FY18 we joined the Responsible Minerals Initiative (RMI) […] We have also set formal requirements and are working together with our direct suppliers to identify their main mineral sources”.

However, no details of these “formal requirements” were found. Due to the fact the company had no clear policy and sold a range of electrical goods and lighting, it received Ethical Consumer's worst rating for conflict minerals.

IKEA is the largest buyer of wood on the planet consuming 21 million cubic metres of wood in 2019. In June 2020 the non-profit organisation Earthsight published a report stating that IKEA was selling products made from wood illegally felled in the forests of the Ukrainian Carpathians which is home to endangered lynx and bear. The report said this was enabled by the corrupt state-owned forestry enterprises and that failings of FSC allowed the wood to carry the certification label.

IKEA however received our best rating for palm oil policy, and stated "The IKEA approach to chemicals is to only add them if necessary” which was considered to be a positive approach to pollution and toxics. IKEA was also the highest scoring company in a 2017 report on sustainable cotton, produced by WWF, Pesticide Action Network UK and Solidaridad.

In addition to retailing leather, IKEA also sold products containing feathers. No assurance was provided that the company had adopted a down standard that would audit the whole supply chain, including parent farms.

Inter IKEA’s Sustainability Report FY18 stated that the company retailed animal and meat products including sourced from cows, pigs, chicken and fish, and so the company lost a whole mark under Animal Rights. No policy was found stating that meat was organic or free range. 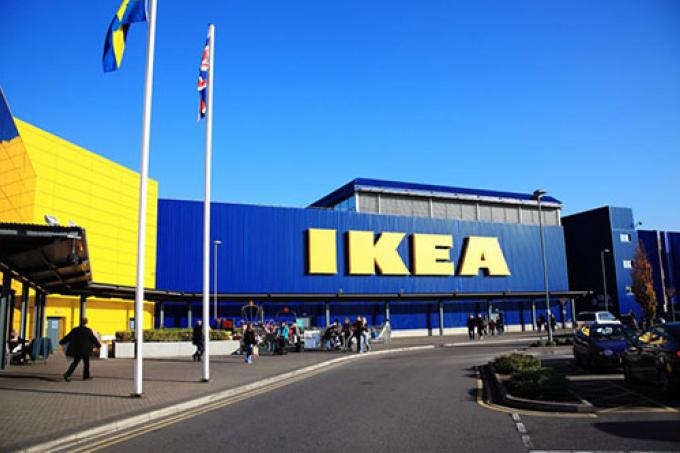 Tweet IKEA to let them know what you think of their ethics.