Marks and Spencer has been one of the brands leading a move towards higher ethical standards on the high street.

The famous Plan A commitments have seen them trying to tackle everything from low wages to animal welfare in the company's extensive supply chains. But are their aspirations matched by their actions or are they falling short of the high standards they have set themselves?

Is Marks and Spencer ethical?

Our research highlights several ethical issues with Marks and Spencer and we have awarded them negative marks in a number of categories on our scoring system, including for climate change, human rights, workers' rights, animal rights, factory farming, irresponsible marketing, anti-social finance, controversial technologies and political activities.

They did come up more positively in some categories, however, even getting Best ratings in some of the same categories that they lost marks in, for example, environmental reporting, habitats and resources, palm oil policy, pollution and toxics and supply chain management.

Below we outline of some of these issues. To see the full detailed stories, and Marks and Spencer's overall ethical rating, please sign in or subscribe.

However, a number of issues have been reported by other organisations. This includes an investigation by The Guardian and Repórter Brasil, showing that a supplier to M&S (JBS, one of the world's largest meat processing companies), purchased cattle from a farm under investigation in Brazil for using workers as modern-day slaves. JBS says it ceased buying from the farm on discovering the alleged link to labour abuses. M&S was one of a number of UK retailers said to have sold tinned corned beef produced by JBS.

Ethical Consumer's own research found that M&S had operations in a number of countries considered by Ethical Consumer to be governed by oppressive regimes. This included; India, Kazakhstan, Libya, Philippines, Russia, Saudi Arabia, Thailand and Vietnam.

The company also does not permit the use of triclosan in their own brand household and personal care products and do not use any phthalates or parabens.

The company has been criticised over its commitment to sourcing sustainable fish. Research has shown that in 2017 Marks and Spencer had only 13% of its wild seafood range certified by MSc, representing less than 1/3 of the wild fish it sold.

Marks and Spencer have a mixed record on animal rights. For example the company was ranked highly in the 'Business Benchmark on Farm Animal Welfare' (BBFAW) for its Policy on Farm Animal Health and Welfare, along with its approach to supplier engagement. The company was said to "provide a consolidated and organised account of their approach to farm animal welfare." However, the company still sells leather, silk and merino wool.

Also, in 2016, The Grocer magazine reported that Marks and Spencer had admitted to failings in its supply chain after one of its dairy suppliers had allegedly "broken animal welfare laws by keeping calves in cramped conditions". The vegan pressure group Animal Equality UK was said to have revealed that calves aged 6 months were kept in pens designed for animals up to 8 weeks old at its supplier, Grange Dairy, which was based in Dorset.

The company was said to have apologised and pledged that its 40 UK dairy farms would be audited to meet RSPCA Assured Standards at minimum in the future.

The company scores a worst Ethical Consumer rating for the likely use of tax avoidance strategies.

The company was found by Ethical Consumer to have:

Marks and Spencer had a tax statement that stated that the company intended "to manage our global tax affairs in a manner that is in keeping with our longstanding values and aligned to our shareholders’ interests" and which ensured that "any tax planning is based on commercial business activity." 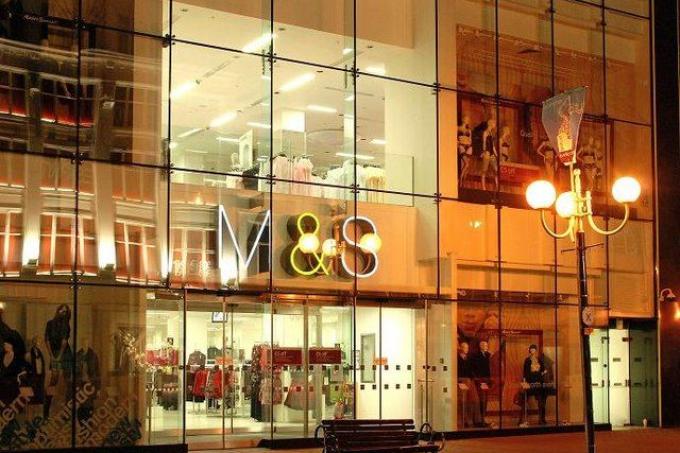