Nestlé is known for producing a vast range of products but also for being the target of the world’s longest running boycott.

How ethical is Nestle?

Below we outline some of these issues. To see the full detailed stories, and Nestlé's overall ethical rating, please sign in or subscribe.

Nestlé is the target of several boycotts.

Since 1988 Nestlé has been the target of a boycott call by Baby Milk Action. The organisation says Nestlé contributes to the unnecessary death and suffering of infants around the world by aggressively marketing baby foods in breach of international marketing standards. Nestlé’s own report found 107 instances of non-compliance with its baby milk marketing policy in 2019.

Nestlé has also received widespread criticism for its approach to sourcing its bottled water. In Canada, Nestlé faces boycotts from non-profit The Council of Canadians and indigenous rights organisation Lakota People’s Law Project for extracting water from watersheds that have seen droughts in recent years.

Nestlé also took millions of gallons from a California creek network for a US water brand, leading the US Forest Service to state “the current water extraction is drying up surface water resources”.

Conflicts between US communities and Nestlé over water extraction have also occurred in Maine, Michigan and Florida. The company’s US water operations are littered with court cases and lobbying.

Nestlé subsidiary L'Oreal was also the target of a boycott call by Naturewatch, when we last checked in November 2020, which accused the company of ongoing testing on rabbits, mice and guinea pigs.

Nestlé scored our middle rating for Environmental Reporting. It had recently published an independently verified environmental report, and had environmental targets, for example aiming to reduce GHG emissions (scope 1 and 2) by 35% in manufacturing operations from a baseline of 2010. However there was a notable absence of discussion of key issues such as use of pesticides in its supply chains.

When it comes to Climate Change Nestlé lost a whole mark on our rating system because it didn’t report its carbon emissions. Nestlé was also marked down under Climate Change because it was still using HFC refrigerants. In 2020 it said it was in the process of phasing them out but did not provide any clear targets.

In 2019 Nestlé was named one of the top 3 plastic polluters in the world, alongside PepsiCo and Coca-Cola. A global survey by the campaign group Break Free From Plastic stated that Nestlé would continue to be one of the worst polluters for years to come unless it radically changed its policies.

Nestlé lost a whole mark in our Workers’ Rights category.

An October 2019 report alleged that Nestlé had been involved in several alleged workers’ rights abuses. It stated that Nestlé USA management had continually interfered with workers’ organising rights and was involved in anti-union campaigning.This report was produced by the American Federation of Labor and Congress of Industrial Organizations (ALF-CUI) and titled ‘The Double Standard at Work’.

It also had a poor approach to cocoa sourcing. While it appeared to source 44% of cocoa through its Cocoa Plan, which had received praise from the campaign Stop the Traffik, Ethical Consumer expected 100% of chocolate products to be certified. As Nestlé was still sourcing some uncertified cocoa it lost half a mark in the Worker’s Rights category.

Nestle’s supply chain policy had reasonable clauses on some key issues such as forced labour, child labour, freedom of association, discrimination, and partially addressed the issues of living wage and weekly working hours.

However, it had a poor auditing and reporting policy. It stated “Upon Nestlé request, suppliers, including intermediaries and farms, shall make visible the internal program they have in place demonstrating continuous improvement or fulfilment against the Standard’s requirements or its equivalent”. No transparent schedule for audits of suppliers was identified, nor evidence of regular reporting of audit results and consequent corrective action.

This lack of auditing was especially concerning considering Nestle had operations in 14 oppressive regimes, including Saudi Arabia, Israel and the Democratic Republic of Congo.

Nestlé received our worst ratings for Animal Rights, Factory Farming and Animal Testing. It is a major user of products derived from animals.

The company’s Raw Materials section on its website stated that milk was its biggest raw material by volume. No welfare information was found detailing whether or not the cows were permitted to graze or were kept indoors. The Raw Materials page also stated “meat, poultry and eggs are purchased from suppliers worldwide”.

It stated that it aimed to use only cage-free eggs for all its food products globally by 2025. In Europe and the USA, it aimed to make this transition by the end of 2020. Although this suggests some attempt to address an animal welfare issue, Nestlé's policy did not explicitly exclude the use of factory farming practices. As such it lost a whole mark for factory farming.

In relation to animal testing, the Nestlé website stated “Nestlé shares people’s concerns about animal testing. We are committed to reducing our use of it to a minimum, and believe it should only take place when absolutely necessary, to meet our ethical and legal obligations.” This was considered unsatisfactory. A clear policy against animal testing was expected, or a fixed cut-off date for ending tests on animals.

Subscribe to see the full detailed stories about Nestlé. 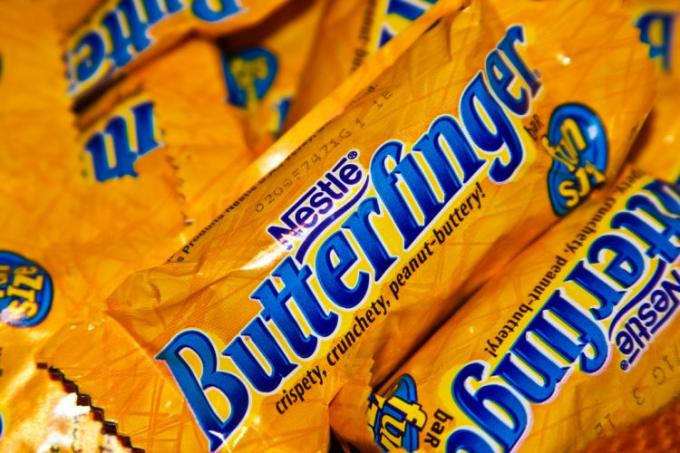 Tweet or email Nestlé to let them know what you think of their ethics.