Nike is the world’s largest supplier and manufacturer of athletic shoes, apparel and sports equipment. The company claims to be dedicated to promoting the safety, health and well-being of people and the environment.

But how much do its practices live up to its alleged principles?

Our research highlights allegations of forced labour in the Nike supply chain, gender discrimination towards female athletes and parents, and failure to ensure all employees receive a living wage.

What’s more, the company is spending high amounts of money on political lobbying each year – that’s not to mention the extortionate wage packets received by company executives.

Below we outline some of these issues. To see the full detailed stories, and Nike's overall ethical rating, please sign in or subscribe.

In February 2020 the Washington Post reported that a large Nike supplier factory, Qingdao Taekwang Shoes Co., had been employing Uighurs from the Xinjiang region of China. The article referenced a report which said Uighurs in the Taekwang factory were working “under conditions that strongly suggest forced labor”.

A second Washington Post article published in March states "Nike said it was reviewing its suppliers’ hiring practices in China, after The Washington Post and an Australian think tank reported that members of the Uighur Muslim minority were making shoes for the American brand in conditions that suggested they were coerced.”

Nike also received the worst rating in the 2019 Tailored Wages UK report, published by The Clean Clothes Campaign in June 2019. The report stated: "The brand can show no evidence of a Living Wage being paid to any workers".

Nike also came under fire when Olympic runner and champion Alysia Montaño, who was sponsored by Nike, spoke out about how the company said it would pause her contract and stop paying her if she had a baby. This triggered public outcry and a congressional inquiry. Nike later announced a new maternity policy for all sponsored athletes, which guaranteed pay and bonuses for 18 months around pregnancy.

Nike received Ethical Consumer’s worst rating for its cotton sourcing policy, because it lacks a clear approach to use of pesticides and herbicides. Cotton accounts for 12.34% of all insecticide sales and 3.94% of herbicide sales, even though cotton covers only 2.78% of global arable land. Nike used some organic cotton and Better Cotton Initiative (BCI) certified cotton, but this wasn’t 100%. Companies that have the environment in mind should have a clear statement committing to the use of 100% sustainable cotton.

Nike also uses leather as a substantial part of its business. The leather industry uses a cocktail of harmful chemicals to preserve leather. Tannery effluent also contains large amounts of other pollutants which can pollute the land, air and water supply, making it a highly polluting industry. Nike made reference to using Leather Working Group (LWG) certified leather in its Impact Report 2019, but no clear information was provided about what percentage was certified 100% LWG gold standard. LWG Gold is the only standard Ethical Consumer considers positive.

Nike is a dubious company in terms of financial ethics and political activities.

In 2019 Nike’s highest paid Executive Officer received an astonishing $13,968,022 – around £11m. Five named Executive Officers received over £1m in total compensation in the same year, which Ethical Consumer considers to be excessive pay.

The company also has subsidiaries in jurisdictions considered by Ethical Consumer to be tax havens, including in Bermuda, Delaware, Netherlands, Taiwan, Hong Kong and Singapore. At least 21 of these were considered to be a high risk company type (such as a holding company) for likely use of tax avoidance strategies.

According to Opensecrets.org, in 2019 the company had spent $1,180,000 on lobbying and in the 2020 election cycle made $511,737 in political donations to both Republican and Democrat parties. What’s more, in 2019 32 out of 38 Nike Inc lobbyists were said to have previously held government jobs.

Nike is also involved in lobbying. In February 2020 Nike was listed as a member of the US Council for International Business (USCIB). Ethical Consumer regarded USCIB to be a corporate lobby group which lobbied for free trade at the expense of the environment, animal welfare, human rights or health protection.

Nike lost marks for not having a clear policy against mulesing. Merino sheep are specifically bred to have wrinkled skin, which yields more wool. Flies lay eggs in the folds of skin, and maggots can eat the sheep alive. To prevent this condition Australian ranchers perform 'mulesing' which involves carving large strips of skin and flesh from the backs of unanesthetized lambs’ legs and around their tails. The company stated “Nike supports the use of wool fiber that is sourced and certified from non–mulesed sheep and will consolidate its wool sourcing accordingly, as rapidly as supplies and pricing allow”. This was worded in such a way that it left open the possibility of the company using wool from mulesed sheep. 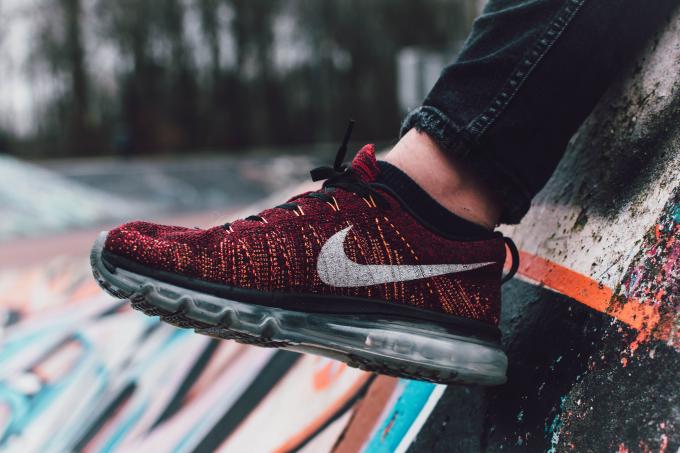 Tweet or email Nike to let them know what you think of their ethics.