Starbucks has more than 15,000 coffee shops in 50 countries. They pride themselves on the ‘long standing relationships’ that they have with their supply chain. However when we put the corporate giant under the microscope we found problems all across Starbucks’ worker, animal rights, environmental and political practices.

Below we outline of some of these issues. To see the full detailed stories, and Starbucks overall ethical rating, please sign in or subscribe.

In October 2018, we found that the company had operations in China, Thailand e Philippines and Colombia. This impacted their ethical score as these countries are on Ethical Consumer’s list of oppressive regimes.

However, the policy only stated that the legal minimum wage must be paid rather than a living wage.

Their clause on child labour was also poor. Despite a statement that no person under the age of 15 must be employed, it allowed an exemption for family-owned and small-scale businesses. This meant that Starbucks did not have an adequate policy on child labour for its supply chain outside of its C.A.F.E programme.

In October 2018 Starbucks did not respond to a questionnaire that included questions about the company’s environmental reporting. a section of the companies website did discuss reusable cups, building greener stores, preserving water and reducing their environmental footprint. We found and downloaded two reports whilst on this page, one titled “Global Social Impact Performance 2017”, and another titled “Independent Assurance Report from Moss Adams”.

The reports discussed sustainable coffee sourcing and the creation of a more sustainable agricultural system for coffee. However, there did not appear to be any up to date disclosure or discussion of greenhouse gas emissions and the section on reducing environmental footprint made no mention of the impact of transport. Furthermore, nothing could be found relating to the use of agrochemicals and the impact these have.

Starbucks was found to sell factory farmed animal products with likely use of genetically modified animal feed. This affected how they faired in the Animal Rights, Factory Farming and Controversial Technology categories of the Ethical Consumer rating system.

When Ethical Consumer searched the Starbucks and Starbucks UK websites, we investigated their menu, specifically looking at the products that contained chicken, beef, pork, fish and cheese. Unfortunately, none of these products were certified organic or free range. Without any evidence to suggest otherwise, Ethical Consumer assumed that it was highly likely that these products were derived from factory farmed animals. The company, therefore, lost marks in the Animal Rights and Factory Farming categories.

In March 2015 the British government website, www.food.gov.uk, declared that "almost all" of the soya from the major producers Brazil, Argentina, Paraguay and the USA was genetically modified as well as "much of" the maize imported from the USA. This followed a report that the EU animal feed industry imported 70% of its maize, soya and rapeseed requirements. Starbucks had no policy or statement regarding GMOs in products or animal feed. Ethical Consumer therefore felt it highly likely that Starbucks animal products were raised with the use of GM feed and it lost half a mark in the Controversial Technology category.

When we looked the company had a number of subsidiaries in countries considered to be tax havens such as the Netherlands and Singapore. The company made an effort to claim that they ‘support[ed] initiatives to improve transparency on tax matters including OECD measures on country-by-country reporting and automatic exchange of information’. However, when we looked, no evidence of any country-by-country reporting could be found. This provided the grounds for Ethical Consumer’s worst rating for likely use of tax avoidance strategies and lost the company a whole mark under Anti-Social Finance.

When Ethical Consumer viewed the Starbucks DEF 14A SEC Filings, they saw it stated that Howard Schultz had been paid a total of $17,980,890 in 2017. Five other directors also received annual salaries of between $2million and $12million. Each of these figures soared well beyond the $1,000,000 that Ethical Consumer deems to be excessive pay. This lost Starbucks a further half a mark under Anti-Social Finance. 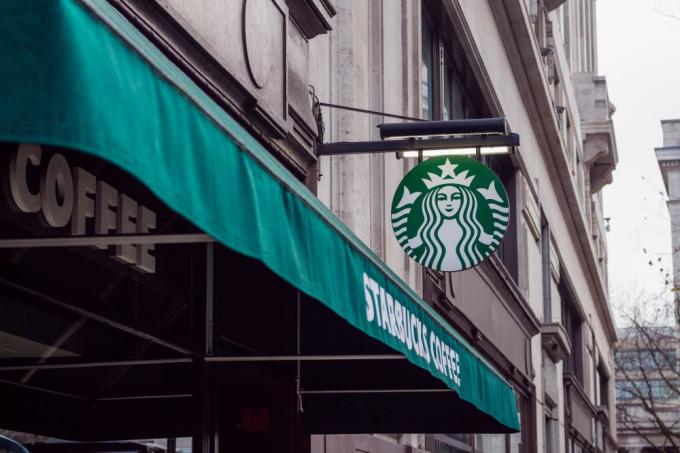 Tweet or email Starbucks to let them know what you think of their ethics.