Unilever is a huge company making everything from processed foods to laundry detergent.

It is the world's largest manufacturer of sauces and salad dressings and its brands include Hellmann's, Ben & Jerry's ice cream, PG Tips tea, Pukka Herbs and Dove soaps.

Below we outline of some of these issues. To see the full detailed stories, and Unilever's overall ethical rating, please sign in or subscribe.

In May 2019, Ethical Consumer viewed an article on the Food and Allied Workers Union website. It was titled 'FAWU Condemns Brutal Force Against Striking Unilever Workers'  and dated February 22nd 2019. The article described an event between striking Unilever workers and private security forces in South Africa. A section of it read:

"The Food and Allied Workers` Union strongly condemns the unprovoked attack on peacefully striking union members by private security guards at Unilever Pty Ltd`s Indosa plant in Durban on Monday, 18 February 2019. More than 600 FAWU members embarked on a legal strike on 11 February this year in demand of a housing allowance and profit-sharing scheme after the parties have been going back and forth over these issues during negotiations over the past five years.

"Private securities calling themselves "S.W.A.T.", who were hired by the company two weeks before the strike, invaded the picketing area last Monday and summarily unleashed a torrent of rubber bullets on innocent workers while they were demonstrating peacefully.

"When female members questioned why they were shooting at them, the security guards continued blasting them with pepper spray.

"Four of our members were seriously injured and two of them have opened criminal cases against the security guards in question. Workers were brutally shot at when simply attempting to go to their cars parked on premises agreed on between the parties. Trigger-happy securities who clearly has no regard for picketing rules proceeded to shoot paintballs and rubber bullets at our members in an attempt to provoke them.

"It is becoming more and more common over the last couple of years that employers use security guards to provoke our members to paint them in a negative light whilst these poor workers are simply exercising their right to demonstrate peacefully for better working conditions."

Unilever stated "in 2017, we achieved 78% traceability and made progress on mapping our suppliers, third-party suppliers and mills in our extended supply chain."

We also saw that the company aimed to use 100% physically certified palm oil by 2019. It was unclear if this had been achieved.

The company’s ACOP listed several more positive initiatives it was undertaking in its supply chain, including certifying more than 60 factories, validation of the mill points, site verification for independent mills, and a program to help independent smallholders located in Sei Mangkei to achieve RSPO certification and to increase the traceability of and certification of smallholders.

Unfortunately only a moderately low percentage of Unilever’s palm oil was RSPO certified at the time of their codes of practice report. However, it also had positive initiatives and targets in place, and disclosed all relevant data for crude palm oil, palm oil kernels, and palm oil derivatives.

As a result of this, we gave Unilever a middle rating for its palm oil sourcing, and it lost half a mark in the palm oil category.

When we looked at Unilever’s website in 2019 it was clear that the company manufactured cosmetics and household cleaning products, which often involve animal testing. The company said:

However, the statement did also read:

"Occasionally, across our portfolio, some of the ingredients we use have to be tested by our suppliers to comply with legal and regulatory requirements in some markets; and some governments test certain products on animals as part of their regulations."

It appeared that while Unilever seemed to be working to end the use of animal testing in cosmetics, food, and household cleaning products, it operated in countries that still required animal testing and had no fixed cut off date for ingredients tested on animals.

This meant that Unilever received Ethical Consumer's worst rating for animal testing and lost a whole mark under this category.

In February 2019, Unilever was a member of two groups that we which we regard as lobby groups that lobby for free trade at the expense of the environment, animal welfare, human rights or health protection. These were the World Business Council for Sustainable Development (WBCSD), and the World Economic Forum.

We also viewed the Vermonters for a Just Peace in Palestine/Israel (VTJP) website in March 2019. The group was calling for a boycott of Unilever’s Ben & Jerry's brand over its selling of ice cream within illegal Israeli settlements.

VTJP had written, "in violation of their social mission, their Israeli franchise sells ice cream in illegal, Jewish-only settlements in the occupied West Bank and East Jerusalem, transported on Jewish-only roads, on trucks with Jewish-only license plates, passing easily through military checkpoints that bedevil others."

An article on the BDS website added that whilst thousands of individuals and nearly 250 organizations in 20 countries had called on Ben & Jerry’s to stop sales to Israeli illegal settlements, the company had refused to do so. 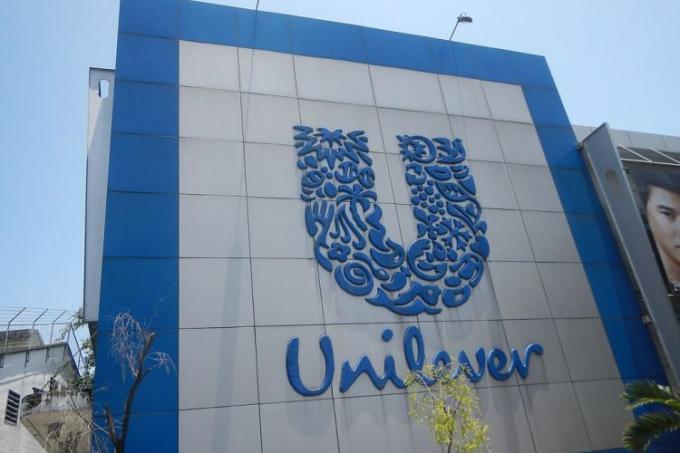 Tweet or email Unilever to let them know what you think of their ethics.