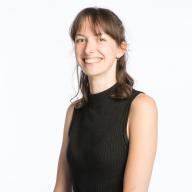 Over the last few months, we have been reporting on the allegations of illegally low wages, poor working conditions and furlough fraud in Leicester garment factories, those largely supplying online fast fashion brand Boohoo.

Boohoo has cut ties with two suppliers despite claiming that it has found no cases of workers being paid under the minimum wage.

In a recent move Boohoo has announced that it will set up its own ‘model’ factory in Leicester where it has purchased a 2.5-acre plot of land. CEO John Lyttle stated the new factory “will have the latest capital equipment and promote the highest standards of health and safety throughout the facility”.

The company says they hope the site will employ 250 garment workers and be up and running by September. This move may lead to the company being more directly accountable for the working conditions behind some of its clothes, but nowhere near all, and still fits in with its ultra-fast fashion model.

Manufacturing in the UK allows the retailer to replenish stocks and bring in new lines much quicker than if it were shipping in orders from other countries and, according to The Guardian, manufacturing clothes in-house is also part of Boohoo’s strategy to get clothes to consumers faster. This helps fuel a culture of over-consumption of clothing, the manufacture of which has huge environmental impacts.

Large amounts of clothing are also ending up in landfill and companies are not required to take responsibility for this.Leicester was the first area to be put under local lockdown amid numerous reports of factory workers in the city being forced to work throughout the lockdown and often with poor social distancing and protective equipment, and cases of workers who had tested positive for the virus being pressured to go to work and not tell their fellow workers.

In response to widely reported allegations, largely from a report produced by campaign group Labour Behind the Label and backed-up by an undercover investigation by The Sunday Times, Boohoo found itself dropped by major retailers including Amazon (you know its bad when you are dropped by Amazon for poor working conditions!), Very.com, Next, Asos and Zalando.

The scandal also saw Boohoo’s share price take a plummet with its market value dropping by £1.7 billion. But the company’s share price has already started to recover, so Lyttle may still be in line for a £50 million bonus from the company if he gets the Boohoo market value to around £6 billion by 2024.

Meanwhile, Labour Behind the Label and others continue to tackle the systemic issues of fast fashion and poor government. More updates on Boohoo to come.