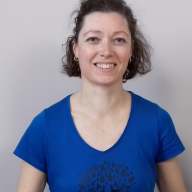 A new report on financing fossil fuels finds that the UK’s ‘big five’ banks have actually increased investments in dirty energy since the Paris Agreement.

The Banking on Climate Chaos 2021 report investigates the world’s 60 largest private sector banks and finds that together they have financed fossil fuel industries with $3.8 trillion since the Paris Agreement was adopted in 2016.

The 2020 financial figures are higher than those of 2016, with the overall trend going in the wrong direction. The authors of the report said:

“No major oil and gas company has yet released a climate pledge or sustainability plan that meets the bare minimum criteria for alignment with the Paris Agreement, and their bankers need to face this reality when making financing decisions.”

What is the Paris Agreement?

The Paris Agreement treaty was adopted in Paris in December 2015 at the Climate Change Conference and came into force during 2016. It commits its signatories (190 so far) to:

It will be difficult to meet these commitments if fossil fuel industries are being financed at the current rate.

How do UK banks compare globally for funding fossil fuels?

The report adds up financing (lending, and underwriting of debt and equity issuances) from the world’s 60 biggest banks for the fossil fuel sector as a whole. It also highlights which banks are funding companies which are expanding their fossil fuel industries and which banks are funding which industries, such as coal or oil. The report looks at around 2300 companies which are involved in the extraction, transportation, transmission, combustion, or storage of any fossil fuels or fossil-based electricity.

According to the report Barclays currently tops the league table in Europe. It also lies 7th overall in the global list of the top 60 banks financing companies associated with fossil fuels during 2016-20. HSBC is not far behind in 13th position. However, the amount Barclays financed was just under half of what the highest investor, JPMorgan Chase, financed over the same period.

Damage to the environment, people and local communities

The report looks at six key fossil fuel sectors and provides case studies where this financing has resulted in harmful impacts on communities around the world. The six are:

We have previously covered why carbon divestment is important.

Where you bank has a big impact on either funding destructive industries or more beneficial schemes such as renewable energy.

Drilling in the Arctic for oil and gas

The Arctic National Wildlife Refuge is in north eastern Alaska, United States, and is home to nearly 200 wildlife species, including polar bears, wolves, eagles, migratory birds and the Porcupine caribou herd. The Gwich’in people have thrived in villages along the migration path of the Porcupine caribou herd for millennia and consider the coastal plain to be sacred. They call the coastal plain “Iizhak Gwats’an Gwandaii Goodlit,” meaning “the Sacred Place Where Life Begins.”

After 50 years of protection, the refuge was opened to oil and gas leasing and development by an unrelated provision tacked onto a 2017 American tax bill. The voices of the Gwich’in and the overwhelming view of the public have been ignored.

In good news, a growing number of major banks around the world have begun to exclude financing for oil and gas development in the Arctic Refuge and the broader Arctic region. Around 30 global banks have exclusion policies on Arctic drilling. Fewer than half the leases offered were sold, and those that were sold generated less than 1% of the revenue that the tax bill had projected. In more recent good news, US President Biden announced a temporary halt on oil activity in the refuge.

Are there any glimmers of hope?

In 2020 there was a reduction in usage of oil, coal and gas of 8%, 7%, and 3% respectively. As a result of this decline in fossil fuel use, global carbon dioxide emissions are estimated to have dropped by 7% in 2020. Overall, the financing of fossil fuels fell by 9% in 2020.

However, the report acknowledges that this was less to do with ethical decisions or taking action on the climate emergency and more likely due to the fall in demand and consumption of energy because of Covid-19. For example, local, national and global transport decreased substantially due to lockdown restrictions.

The Banking on Climate Chaos 2021 report also assesses banks’ future-facing policies to restrict financing for fossil fuels. It found some positive movement in this direction, although it concluded that the banking sector still remains far from committed to a complete exit from fossil fuel financing.

The report also notes that there have been recent reductions in financing both of tar sands and Arctic oil and gas exploitation, which is good news for Indigenous peoples and the environment. They also found more banks adopting new coal exclusion policies, but haven’t addressed lending and underwriting the coal industry in general.

The report assesses the banks’ commitments to reduce their financed emissions to “net zero by 2050,” as well as related policies like measuring and disclosing financed emissions. It emphasizes that no bank making a climate commitment for 2050 should be taken seriously unless it also acts on fossil fuels in 2021.

What can you do?

There are several ethical alternatives to the big banks who are still investing in fossil fuels and we recommend switching bank accounts and moving your investments. Our product guides to current accounts, savings accounts, cash ISAs and fossil free investment funds provide you with detailed reviews of the ethical issues involved and what you can do as a consumer. Also see our guide to impact investing.

Find out more about the funding climate chaos campaign.

Read the Banking on Climate Chaos 2021 report. It's been endorsed by more than 300 organisations from nearly 50 countries, including ECRA.