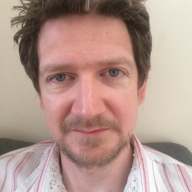 Edward Lander explains how Amazon shareholders were asked to vote on a plan to improve tax disclosure at its 2022 annual general meeting in May.

Earlier this year, the US companies regulator (the Securities and Exchange Commission (SEC)) approved a resolution for investors to decide on proposals to improve tax transparency at Amazon. The plan had been filed in December 2021 by the Oblate International Pastoral Investment Trust and the Greater Manchester Pension Fund, backed by UK investor engagement consultancy PIRC.

The resolution called for Amazon to meet tax reporting standards set by the Global Reporting Initiative. This voluntary scheme requires companies to disclose information on their tax payments and business activities on a country-by-country basis. Participating businesses must also detail their tax strategies and their approach to engaging with authorities and stakeholders.

Amazon had submitted a no action request to the SEC in an attempt to ignore the proposal (and 11 others on ethical and related issues). But a wider group of investors with $3.6 trillion in assets under management responded to the rebuttal by writing a letter to the SEC in support of the original request. And, in April, the regulator approved the ballot after taking the social impact of tax avoidance into account.

“This SEC decision was the first time that a tax resolution has survived an SEC challenge and that is a reflection of the significance of tax at the moment as a social issue, and reflects the regulatory momentum around taxation,” said Katie Hepworth, responsible tax lead at PIRC, during a presentation to investors.In 2020, the UNPRI (A responsible investment initiative at the UN) had described corporate tax avoidance as “one of the biggest drivers of inequality across the globe.”

PIRC said Amazon had been chosen as a test-case for tax resolutions because of its poor transparency record. The company, which was described by the Fair Tax Foundation as having the worst tax conduct of the world’s biggest tech corporations, only meets the minimum disclosure requirements in each of its trading jurisdictions.

Amazon is also being investigated by tax authorities across the globe and paid $1.5 billion in cumulative tax settlements (following legal disputes) between 2010-2020. It is currently involved in an ongoing case with the EC for channelling its European sales through Luxembourg to gain a €250 million tax advantage.

Yet, despite failing to pay its fair share of taxes, Amazon continues to profit from the public services that are worst affected by fiscal evasion strategies.

She added: “It’s our belief that any company that relies on government contracts – whether it be in tech or care or infrastructure – should be transparent about their tax practices.”