Amazon is an arch tax avoider and is the subject of a global boycott call by Ethical Consumer.

The world's biggest online retailer is generating huge revenues in the UK but paying very little corporation tax. It does this by funnelling money through its holding company in the notorious tax haven of Luxembourg.

Below we outline of some of these issues. To see the full detailed stories, and Amazon's overall ethical rating, please sign in or subscribe.

More information is on our Boycott Amazon page.

Amazon has faced criticism for far more than just its tax avoidance.

Labour Behind the Label’s 2019 UK report ‘Tailored Wages' report assessed whether leading clothing brands ensured that garment workers were paid a living wage. Where companies were graded from A to E where ‘A’ was the best and ‘E’ the worst, Amazon scored a grade E.

The report went on to say:

“Amazon has no policy on living wage and make no mention of wages being enough to cover workers’ basic needs in their supplier code. It is appalling that a market player of this size and influence has managed to take so little responsibility for human rights at its suppliers, and has taken such a hands-off approach to this vital issue.”

In June 2018 an article in the Seattle Times exposed the poor treatment of some of Amazon’s Chinese workers. It described how the Hengyang facility, “uses temporary and contract workers to an extent that violates Chinese law; employee time spent waiting to clock in and out is not compensated; overtime of up to 100 hours a month exceeds legal limits; and wages are well below average for the area, starting at a rate that is “not enough for workers to maintain a decent standard of living.”

In turn, as a spokesperson for Amazon, Melanie Janin stated that the company had issued a corrective action plan and regular monitoring. Ethical Consumer did not consider this a strong enough response due to the serious and systemic nature of the criticisms.

In 2018, multiple Guardian reports outlined issues with Amazon’s warehouses.  One from July that year exposed cases of Amazon workers “being treated in ways that leave them homeless, unable to work or bereft of income after workplace accidents". This came alongside a claim that Amazon’s warehouses were on a list of most dangerous places to work in the United States in April 2018.

Another Guardian article from May 2018 stated that, "During the past three years at one Amazon site, ambulances were called 115 times” whilst a similar-sized supermarket warehouse nearby had only eight call-outs".

"Hundreds of ambulance call-outs, pregnant women telling us they are forced to stand for 10 hours a day, pick, stow, stretch and bend, pull heavy carts and walk miles – even miscarriages and pregnancy issues at work."

As a consequence of these findings, the company lost several marks under Workers' Rights.

Amazon receives our worst rating for environmental reporting. When we viewed Amazon’s sustainability report in July 2019, they gave no information on the impacts of its electronic products or textiles used in its clothing so we did not consider Amazon to have demonstrated a reasonable understanding of its main impacts.

Furthermore, in February 2019 when we looked for Amazon’s policy on toxic chemicals used in the production of clothing brands we found no information, despite the fact that the manufacture of clothing often releases numerous hazardous substances that negatively impact the environment.

For baby, cleaning, beauty and personal care products, Amazon did release a restricted substance list of chemicals which they stated “all brands should work to phase out and eliminate’. However, we saw this as a weak statement, and our expectations of quantified and dated targets for phasing out hazardous chemicals were not met at all.

For these reasons, Amazon lost an entire mark under the Pollution and Toxics category.

In August 2018 we looked into Amazon's policy on materials such as fur, angora, merino wool, and silk.  They did not prohibit the sale of any of these materials despite the fact that their production involves the exploitation and killing of animals.

As a result, Amazon lost a whole mark under the Animal Rights category.

We called a boycott of Amazon in 2012 over its tax avoidance. This was called because in 2011, as the world's biggest online retailer, Amazon generated UK sales of £2.9bn yet paid only £1.8m in corporation tax. The correct figure should have been over £8 million at the full rate of corporation tax at that time. This led MPs to attack their immoral accounting practices.

At a time when UK public services were being slashed and household budgets were under increasing strain Ethical Consumer felt it unfair that big companies such as Amazon weren't paying their way. Not much has changed, and so our seven-year boycott on Amazon rages on.

In August 2018 it was reported on Channel 4 News that the pre-tax profits of Amazon UK Services Limited, the UK distribution side of the business, covering activities in more than a dozen giant warehouses across the country, increased from £24m in 2016 to £72m in 2017, but its tax bill fell from £7.4m to £4.6m. Payment was deferred for much of the bill, meaning it only had to pay £1.7m.

It has lowered its tax bill by paying employees in the form of shares, which is an expense it can offset against corporation tax. This is completely legal, and long-established government policy.

But Amazon UK Services Limited is only one part of the company’s activities in this country. Amazon revealed in US filings that its total sales to the UK rose from £9.5bn to more than £11bn in 2017. But the tax paid on all these UK sales is not publicly available information because sales made to customers in the UK are booked through the UK branch of a Luxembourg-based company, Amazon EU Sarl.

When we looked at an annual report in July 2019 the report stated that five executives were paid over £1 million, with the top total compensation at $19,732,666. For reference Ethical Consumer deemed remuneration over £1 million to be excessive.

New research by Ethical Consumer has calculated that, in 2021, up to half a billion pounds (£500,000,000) could have been lost to the UK public purse from the corporation tax avoidance of Amazon alone.

For these reasons and many more, Amazon lost several marks in the category of anti-social finance.

More information on all these topics is on our Boycott Amazon page. 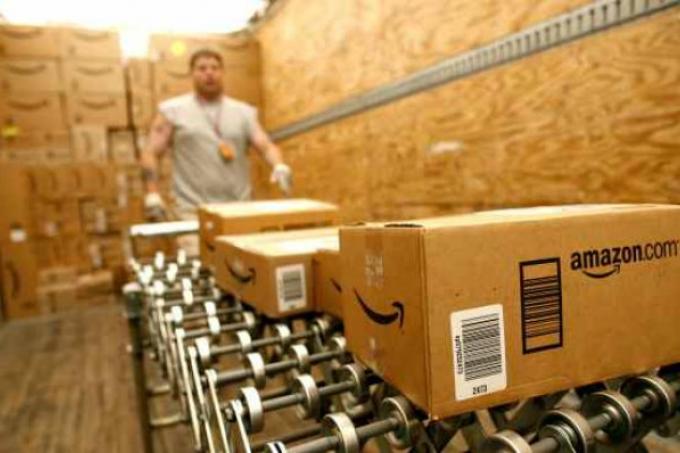 Tweet or email Amazon to let them know what you think of their ethics.