Adidas is the second largest sportswear and sporting goods company worldwide, second only to Nike. Operating in over 160 countries, Adidas has a global reach and extensive supply chain.

Our research highlights several ethical issues with Adidas. These include workers’ rights – paying excessively high wages to executives, while failing to pay garment workers in the supply chain enough to cover even basic needs.

Other issues include likely use of tax avoidance strategies, use of controversial technologies, pollution and toxics and animal rights.
Below we outline some of these issues. To see the full detailed stories, and Adidas' overall ethical rating, please sign in or subscribe.

Below we outline of some of these issues. To see the full detailed stories, and Adidas' overall ethical rating, please sign in or subscribe.

The Clean Clothes Campaign published a report in June 2019, titled ‘Tailored Wages’. This assessed whether leading clothing brands were ensuring that garment workers in their supply chains received a living wage.

Adidas received the following rating: “The brand can show no evidence of a Living Wage being paid to any workers”.

The report stated “It is disappointing that a company as influential as Adidas has yet to develop a clear work plan to increase wages in its supplier base. We found no evidence of work to bridge the gap between minimum and living wage.”

A 2018 report by Clean Clothes Campaign and Colectif Ethique Sur L’Etiquette also stated that Adidas was paying poverty wages to women sewing football shirts and shoes in the supply chain.

Much of the brand’s footwear was said to be produced in Indonesia where 80% of garment workers were said to be women earning between 82 and 200 euro per month. It stated that these wages often did not even cover basic needs.

Adidas however scored relatively well in The Fashion Transparency Index 2019, which reviewed and ranks 200 of the biggest global fashion and apparel brands and retailers according to how much information they disclose about their suppliers, supply chain policies and practices, and social and environmental impact.

Adidas was one of just five brands that scored over 60%. The company received Ethical Consumer’s middle rating for Supply Chain Management.

In 2020 Adidas received Ethical Consumer’s best rating for Environmental Reporting because it had quantified future environmental targets, an environmental report dated within two years that was independently verified, and showed a reasonable understanding of its main environmental impacts.

In September 2017 WWF published an environment-focused report titled ‘Changing fashion: The clothing and textile industry at the brink of radical transformation’. This report rated Adidas as “Upper Midfield”. It was considered to have a good rating on Environmental policy and management systems, Climate change strategy, and Environmental management in the supply chain, a poor rating on Travel and transport and Customer and product responsibility, and average for the remaining criteria.

According to the company’s Annual Report 2019, six out of seven of the Executive Board members at Adidas received over £1m in total compensation in 2019.

The highest paid received a total allocation of approximately £6.5m, and £6m in benefits.

Adidas also had several subsidiaries in jurisdictions Ethical Consumer considered to be tax havens, located in Netherlands, Delaware, Singapore, Taiwan and Mauritius. At least three of these were holding companies, which were considered high risk company types for likely use of tax avoidance strategies.

Adidas was marked down in the Controversial Technologies category because it stated that it used nano-sized structures. Ethical Consumer considered nanotechnology to be a technology that carried potential environmental and health risks, and had not yet been sufficiently established as safe.

Ethical Consumer also found no evidence that Adidas avoided GM cotton in its supply chains. According to the International Service for the Acquisition of Agri-Biotech Applications (ISAAA), a non-profit pro biotech organisation, genetically modified cotton accounted for 80% of cotton grown in 2017. As a result, it was assumed that some of the company’s cotton contained some GM materials and Adidas lost half a mark under the Controversial Technology category.

The company stated in its questionnaire response “We offer a variety of products that do not use animal ingredients or animal by-products”. However, Adidas sold products made from or containing leather, wool and down/feathers.

As Adidas is a large company with a high turnover, animal products were considered to be a substantial part of the business. Adidas received Ethical Consumer’s worst rating for Animal Rights. 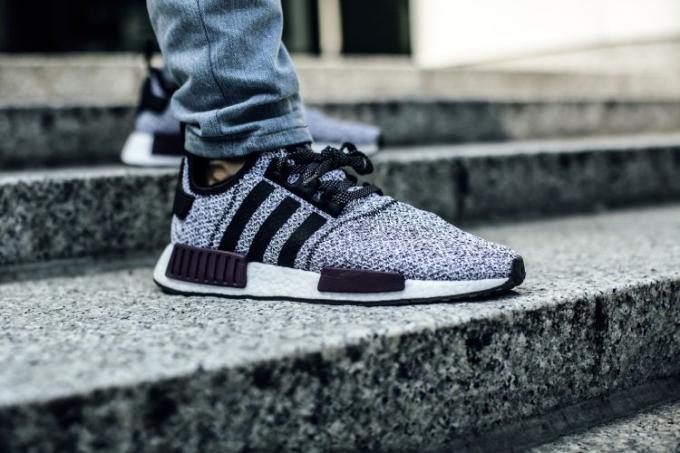 Tweet or email Adidas to let them know what you think of their ethics.