Are the big oil companies serious about renewable energy? 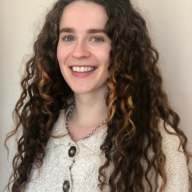 Sorcha Perris looks at whether the four biggest oil companies (BP, Chevron, ExxonMobil, and Shell) are serious about tackling climate change and investing in renewable energy, or if it's more greenwashing from Big Oil.

The four biggest UK oil companies (BP, Chevron, ExxonMobil, and Shell) have all published some sort of plan acknowledging the climate impacts of fossil fuels, and supposed plans for their emissions to reach net zero by 2050 at the latest.

In other areas, BP boasts of its $2.2 billion “low-carbon investments” in 2021 (a whopping 1.4% of its operating revenue) and its plan to quadruple its renewables development. Shell lays out its plan to invest $3 billion in its “renewables and energy solutions business” and, in March 2022, made its first investment in wind with a 49% share of WestWind.

ExxonMobil and Chevron are focused more on biofuel and hydrogen over the likes of wind or solar (which require less infrastructure change from fossil fuels – biofuels can be functionally almost identical), but both were still discussing decarbonisation. ExxonMobil lists its plan for $15 billion “of lower-emission investments” from 2022-2027. Chevron similarly speaks of its $8 billion in “lower lower-carbon investments” by 2028.

What does the investment in renewable energy by big oil companies actually mean?

The figures above are minuscule when considering the levels of cash accessible to Big Oil companies. Between them, ExxonMobil, Shell, BP and Chevron made almost $2 trillion in profits from 1992-2022.

And the 2022 fuel price crisis has led to profits tripling for some of the major oil players. When discussing BP’s fourth quarter 2021 earnings, its Chief Financial Officer stated

“certainly, it's possible that we're getting more cash than we know what to do with”.

ExxonMobil’s ‘net zero commitment’ really is just window dressing, as it only plans for net zero for its operations, rather than the emissions of its products, which makes up nearly all of them. The others do officially cover their products, but there is no proper plan for how to achieve the targets.

However, BP and Shell do, to their credit, talk of reducing production at least somewhat: BP says, “we expect to reduce [oil and gas production] by around 40% by 2030, against our 2019 baseline.” And Shell says, “we expect our total oil production to decline by 1-2% a year until 2030”.

Behind the scenes: “carbon bombs” and climate disaster

The Guardian has revealed that the 15 biggest oil companies are planning 196 projects which it dubs “carbon bombs” – ones capable of producing at least 1billion tonnes of CO2 over their lifetimes. 60% of them have already begun, and together they are sufficient to destroy not just our chance of reaching net zero by 2050, but of limiting global warming to 2°C.

BP, Shell, ExxonMobil and Chevron are all planning such projects. All of the companies plan to spend millions of dollars, every single day, from 2021-2030 on new oil and gas projects. A scary proportion of this spending would go on even more threatening investments, which would help to push us beyond a 2.7°C temperature rise.

If these planned projects go ahead they would produce 646 billion tonnes of CO2 emissions. The global carbon budget for having a 50% chance of keeping under 1.5 degrees rise, is 500 billion tonnes, for all human activity.

In 2021, the International Energy Agency announced that there can be no new oil and gas fields or coalmines if the world is to reach net zero by 2050. And new scientific analyses found the proportion of fossil fuel reserves that would need to stay in the ground for 1.5C was 60% for oil and gas and 90% for coal.

Russia’s war in Ukraine has resulted in a rise in the price of oil, which companies have used as an excuse for this investment. But for society, it only furthers the argument for investments in alternative energy.

From climate deniers to wokewashing

Exxon’s role in funding climate denial, from the late nineties onwards, has been well documented by groups such as Greenpeace. We will never know how much this delayed action on climate change.

In 2021, a video was released by Greenpeace. In this video, Keith Mccoy, a former ExxonMobil lobbyist was recorded making the following statement:

ExxonMobil responded to the video stating it had supported climate science for years and supported effective policy solutions.

Kert Davies who made the famous ‘Exxon Secrets’ website, now of the Climate Investigations Center, told us: “Exxon will deny ever funding anything to do with climate denial, or in any way funding third-party voices to push narratives that were more extreme than a corporate voice could carry. But we have documents that show this was a deliberate strategy, including draft internal campaign proposals and ExxonMobil's own tax forms showing millions of dollars going to these organisations with 'climate change' in the grant description”.

On whether the companies have stopped, Kert told us:

“Their 2021 Worldwide Giving report shows no identifiable grants that go to the climate denial machine of yore [but] ExxonMobil is a prominent member of the American Fuel and Petrochemical Association AFPM and the American Petroleum Institute API, both of which are, in subtle and non-subtle ways, opposing solutions to climate change.”

The climate misinformation machine has in general moved on a bit, and no longer engages in so much outright claims about climate change being a ‘hoax’, instead focusing more on trying to undermine solutions.

A 2019 academic study which analysed the recent advertising output of oil companies found a lot of messaging focused on how low-carbon solutions would impact marginalised groups, and on how much the companies support social justice, referred to as “wokewashing”.

When you look at the whole picture, it certainly looks like big oil companies are using some token renewable energy projects, not hugely sincere net-zero targets and social justice-type messaging to hide the billions of dollars still going towards new oil and gas projects. They are planning enough exploration projects to end our chances of keeping to 1.5C or even 2 degrees rise.

The token actions and words should be treated with great scepticism.