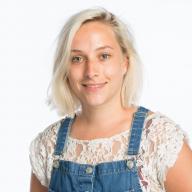 Given the huge impacts of leather production and toxic chemicals used in shoes, before buying a new pair we should consider whether we can repair the ones we’ve got. And if we can’t, what shall we do with them?

A trip to the cobbler is usually a more ethical option than buying a new pair of shoes, and a surprising number of things can be repaired, even substantial damage to the upper part of the shoe.

It’s true that taking your shoes to a cobbler can be expensive, but it is often still cheaper than buying a new pair of shoes that are built to last. A resole tends to put you back about £15-£40, depending on where you go and the shoes you are resoling. Small independent cobblers are often substantially cheaper.

One of the most common problems is that shoes just need re-gluing, and you can do this yourself. Shoe Goo is the internet favourite for the job – a strong, flexible polymer glue that was invented in the 1970s specifically for the purpose. It is vegetarian, however the list of environmental and health warnings written on the box is sobering.

As shoes are exposed to rain, a small amount of adhesive may get washed off and end up in surface waters. Given this, it is probably worth avoiding Shoe Goo if you can. There are several other glues made specifically for repairing shoes, including Bostik Shoe Repair Adhesive and eCobbler Shoe Repair Adhesive. They are not animal glues either. They don’t come with quite the same number of internet recommendations, but neither do they come with such a disturbing list of environmental warnings.

If your shoes are in good condition but you still want to get rid of them, you have lots of options for passing them on so they can be reused. Besides your trusty local charity shop there is also the Shoe Recycling Company, who send them abroad, and will even pay £5 per sack of shoes.

However, the virtues of sending old items to poorer countries is debated, as it can undermine local industries which some believe can be the first rung on the ladder towards industrialisation. Further discussion of this issue can be found on Oxfam’s website.

If your shoes are in a very poor state and beyond repair, things get more difficult. It is not easy to recycle shoes as they contain so many different materials. They can be made of up to 40 different materials including leather, plastics, chemicals and metals.

Nike has been running a recycling scheme since the 1990s, grinding old trainers into pellets that are used to surface running tracks and tennis courts.

Other schemes are in development. But overall, options for recycling shoes are currently poor, and 95% of old shoes end up in landfill.

From only £29.95 for 12 months web access and the print magazine. Cancel via phone or email within 30 days for a full, no-questions-asked refund!