The continuing controversies of Nestlé 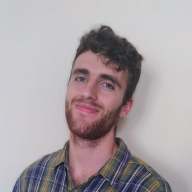 Nestlé appears in many of our guides, from the more obvious coffee and chocolate, through to soft drinks and ice cream, and all the way to pet food, and perfume & aftershave due to its perhaps less well known stake in L'Oreal. But the boycotts against it mean we always recommend you opt for alternative brands.

Nestlé SA, the Switzerland-based parent of the Nestlé group, is the world’s biggest consumer goods company.

Its total stock market valuation is the highest of any European company and, over the 20th century, it played a key role in the popularisation of a number of consumer goods we take for granted today, such as milk chocolate and instant coffee.

Henri Nestlé created his first infant formula from cow’s milk, flour and sugar in Switzerland in 1867. Roughly 100 years later, in 1974, Nestlé baby milk became the subject of an international scandal with the publication of War on Want’s ‘The Baby Killer’, which claimed that it was discouraging breastfeeding through its promotion of breast milk substitutes.

Boycotts were launched against Nestlé in numerous countries. An international marketing code (the ‘WHO Code’) was developed to prevent the comparison of manufactured baby milk with breastmilk. In response to the clamour, Nestlé implemented its own policy based on the code during the 1980s.

However, many still view Nestlé’s marketing as irresponsible and dangerous. Baby Milk Action has thus been running a UK boycott of Nestlé, since 1988. While Nestlé may have accepted that exclusive breastfeeding for 0-6 months is the best for infant nutrition, the market for formula for 6+ months is growing.

Nestlé’s own report found 107 instances of non-compliance with its baby milk marketing policy in 2019. A 2019 report from Changing Markets Foundation found that Nestlé was still comparing its own products with human milk.

Nestlé has courted further widespread criticism for its approach to sourcing its bottled water. In Canada, Nestlé faces boycotts from non-profit The Council of Canadians and indigenous rights organisation Lakota People’s Law Project for extracting water from watersheds that have seen droughts in recent years.

Nestlé also took millions of gallons from a California creek network for a US water brand, leading the US Forest Service to state “the current water extraction is drying up surface water resources”.

Further conflicts between communities and Nestlé over water extraction have occurred in Maine, Michigan and Florida. The company’s US water operations are littered with court cases and lobbying.

Nestlé is making some efforts to improve practices. All the cocoa for its UK chocolate is Rainforest Alliance certified, and it was the first chocolate company to introduce a Child Labour Monitoring and Remediation System (CLMRS) to tackle child labour, which has been widely praised.

After major protests, in 2020, Nestlé announced that it was leaving the Canadian bottled water market. However, it is selling its facilities and wells to another major water taking company, Ice River Springs.

Nestlé’s website states “To align our goals to the 1.5°C pathway, we are transforming our operations. This will lead to a major shift in the way our ingredients are produced and sourced.” We’ll see.

Nestlé states on its website that it has over 2,000 brands. Here, we list many of the brands UK consumers will be familiar with:

See our Cereals guide for alternatives.

There are many excellent alternatives in our Chocolate guide.

See our Coffee guide for some fantastic alternatives.

Rachel's Dairy is in our Butter & Spreads guide alongside some non-Nestlé alternatives.

Tivall makes meat alternatives - find other options in our guide to Meat-free Sausages and Burgers.

Find alternatives in our guides to Dairy Ice Cream and Dairy-free Ice Cream.

Find alternatives in our guides to Dog Food and Cat Food.

You can find some reusable bottle brands in our guide to Bottled Water.

Nestlé also owns 23% of L’Oréal, meaning it has financial links with such brands as Garnier, Maybelline, NYX, Essie, Biotherm, Lancôme, and Kiehl’s.