Is Ben & Jerry’s as woke as its marketing campaigns might lead us to believe?  Here we look at the ethical issues surrounding the ice cream brand and its parent company Unilever.

Our research highlights how Ben & Jerry’s continues to be the target of a nearly decade-long boycott call, was criticised by a judge for “inaccurately” leading consumers to assume that its dairy was all sourced from cows with higher welfare standards, and look at how directors of parent company Unilever are receiving excessive rates of pay.

Below we outline some of these issues. To see the full detailed stories, and Ben & Jerry's overall ethical rating, please sign in or subscribe.

For nearly a decade, Ben & Jerry’s has been the target of a boycott call by activists who support Palestinian human rights.

From 2013-2021, Ben & Jerry’s was targeted by campaign group Vermonters for Justice in Palestine (VTPJ) who called for a boycott of the company. The campaigners called for Ben & Jerry’s to stop selling its ice cream in illegal Israeli settlements on occupied Palestinian land, and stop selling in Israel altogether.

Settlements are communities established by Israel on land in the Occupied Palestinian Territories, described by the UN as a "flagrant violation of international law”. Companies operating in the settlements have been criticised by the UN and many NGOs.

The boycott saw partial success in July 2021, when Ben & Jerry's announced that it would end its current franchise relationship in Israel, and put an end to sales in settlements as it considered them "inconsistent" with the brand's values. Parent company Unilever however stated that Ben & Jerry's would "stay in Israel through a different arrangement".

Ian Stokes of VTPJ stated: “The recent announcement by Ben & Jerry’s ending the sale of its ice cream in illegal settlements is very welcome. However, it does not adequately address all of the demands of the boycott call, such as ending sales across Israel. We therefore continue to call for a consumer boycott.” The official Boycott, Divestment and Sanctions (BDS) movement also calls on Ben & Jerry's to end sales across Israel.

Unfortunately, perhaps even the declaration that the company has stopped selling in illegal settlements isn’t all it appears to be. The VTJP website, viewed in March 2022, published photos that showed Ben & Jerry’s products continuing to be sold in Israeli settlements in October 2021 - months after the company announced it was pulling out of settlements.

The explanation for this appears to be the fact that parent company Unilever overruled Ben & Jerry’s decision by getting a local manufacturer to continue the brand’s operations in Israel. In July 2022 Ben & Jerry’s announced it had sued Unilever, claiming its decision violated the agreement made when the brand was bought which required its independent board to approve decisions that affected its values and reputation. Visit the Boycotts List for latest updates.

Ben & Jerry’s sells vegan ice cream. Yet, it fails to provide explicit information about the living conditions of all of the dairy cows that are used to produce its ice creams. Its ‘Caring Dairy’ cows were said to graze outside for 180 days on average, but seemingly not all the cows Ben & Jerry’s used were part of its Caring Dairy programme. The company therefore lost a whole mark under our Factory Farming and Animal Rights categories.

In fact, in July 2018 the Organic Consumers Association (in the US) took Ben & Jerry’s to court for deceptive labelling, marketing and sale of its ice cream products. It stated that Ben & Jerry's promoted its ice cream as “made from milk from ‘happy cows’ supported by its ‘Caring Dairy’ program”, and that this could lead consumers to assume all its dairy met the Caring Dairy standards. The judge stated that a “reasonable consumer” could interpret Ben & Jerry's' labelling and marketing as “affirmatively (and inaccurately) communicating” that the company's dairy was all sourced from Caring Dairies and/or other sources that assist animal welfare.

Ben & Jerry’s also lacks a bee welfare policy, despite selling products containing honey. Considering the bee welfare issues associated with honey production (bee mutilation and the killing of drones, colonies or brood to ensure maximum honey yield), Ethical Consumer felt it necessary for companies retailing products that contain honey to have a policy ensuring this was not happening in their supply chain.

Parent company Unilever also faces significant criticism for its poor animal testing policy. It scored our worst rating in this category, publishing vague statements such as “a growing number of our brands ensure that their products and ingredients are not subject to animal testing”. A fixed cut-off date and more detail would be expected for a company such as Unilever which operates in the cosmetics and pharmaceutical industries, where animal testing is high risk among ingredient manufacturers.

Our research showed that parent company Unilever, and by extension Ben & Jerry’s, has a strong supply chain management policy - it received our best rating.

It was however the target of a campaign by migrant justice activists from 2014-18. Activists singled out Ben & Jerry’s as the largest buyer of dairy in Vermont - an industry considered to have gruelling work hours, and inhumane labour and housing conditions. It signed the Milk with Dignity agreement in 2017 which was considered to be a meaningful step towards improving conditions for dairy workers.

However, it faces a range of other criticisms when it comes to human and workers’ rights. A Guardian article titled 'Kenyan tea workers file UN complaint against Unilever over 2007 ethnic violence' published in August 2020 stated that Unilever’s Kenyan subsidiary closed a plantation in Kenya when violence broke out in the region, and didn’t pay employees there for six months - it sent them home without pay.

Unilever currently has operations in 16 regimes considered to be oppressive by Ethical Consumer.

What is Ben & Jerry’s approach to the climate and environment?

Ben & Jerry’s launched a ‘Climate conscious’ vegan ice cream called ‘Save Our Swirled Now’ so you’d hope it had policies to reflect this. Indeed, it got our best rating for Carbon Management and Reporting, and had carbon reduction targets in line with science-based targets. It also received a best rating for palm oil sourcing.

However, not all of its environmental data and reporting was independently verified. It has also been criticised over the years for involvement with herbicides and pollution. The herbicide glyphosate was found in 10 Ben & Jerry’s flavours according to a 2017 article (the company claimed these were at ‘safe’ levels for consumption). It was also accused of being responsible for deterioration of water and soil quality in Vermont by the group Regeneration Vermont, which published a report stating that vast amounts of weed killers were being used for corn that was then fed to dairy cows.

Unilever provided some detailed information about its approach to tax, and some of its subsidiaries which were located in tax havens. However, it had several more subsidiaries in countries considered to be tax havens by Ethical Consumer that weren’t accounted for. This included holding companies in the Netherlands, Switzerland, and Ireland. As such it scored our worst rating in the Tax Conduct category.

Despite this disappointing approach to tax, the company’s directors should be far from disappointed - Unilever CEO Alan Jope was paid a hefty €3,447,000 in 2020. 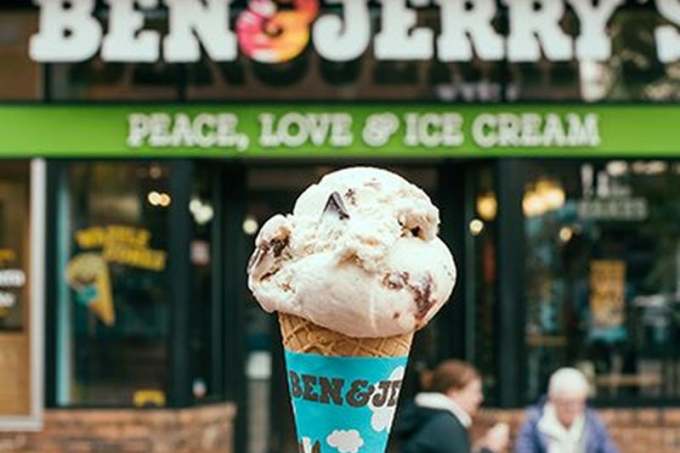