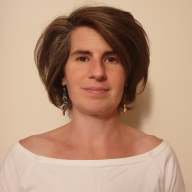 To build the components that make up a computing device requires a plethora of raw materials. Among these are a number of metal elements that are commonly sourced in the Democratic Republic of the Congo, where the mining trade has, for many years, been used to fund brutal conflicts.

In this article we discuss what conflict minerals are, legislation to address the issues, the human and environmental costs of mining, and what tech companies are doing about their supply chains.

‘Conflict minerals’ have been defined by policymakers under the umbrella term 3TG: Tantalum, Tin, Tungsten and Gold, all of which are used to build the components of laptops and mobile phones. For at least half a decade, it has also been suggested that the trade in cobalt is similarly linked to conflict.

A large percentage of these minerals are sourced in the Democratic Republic of the Congo (DRC). Given its bountiful resources but weak governance, eastern DRC has seen low-scale conflict for decades.

Paramilitary groups, allegedly supported by neighbouring countries wanting a slice of the pie, fight for the control of small-scale mines. The conflict presents a host of long-term issues, but the bottom line is millions of deaths, unspeakable hostility and widespread civilian suffering. The elites benefit from resource extraction while the majority of the population remains dismally poor.

"We work without rest from 6 am to 6 pm," mine workers told investigators.

Working in open-pit mines, they also denounced the absence of shelters against regular heavy rains, and they complained about hazardous work without protections. In one team of 10 miners, there are only four gas masks, so they wear nose plugs which provide scant protection against cobalt-laden dust.

Workers said that in the event of a death, the company does not compensate the family, and if they refuse to perform unsafe work they are dismissed.

An extensive literature review by Congolese and European researchers pointed out that women are often not allowed to work in mines and if they do, they earn less than half of what men are paid. And even for that they often have to sell their bodies first to ‘buy’ entry to the mines.

Conflict minerals’ effects on the environment

Apart from the humanitarian issues linked to mining, the environment suffers too. The chemicals used in washing coltan (tantalum ore) are polluting water bodies and are harmful to people and animals. The exploitation of the minerals is destroying ecosystems and affecting wildlife habitats. According to data available on the Global Forest Watch platform, the DRC has lost 8.6% of its tree cover since 2000, in part due to mining.

The opening of the forests also gives access to poachers. The population of eastern lowland gorillas for example plummeted from 8,000 in 1991, when coltan mining started [in Kahuzi Biega National Park], to about 40 in 2005.

How are conflict minerals currently addressed?

In the United States, the Dodd-Frank Act came into force in 2012. It requires all publicly listed companies to check their supply chains for any tin, tungsten, tantalum and gold that may be sourced from the DRC or surrounding countries. In the EU, new legislation came into force in 2021 that requires EU businesses to ensure that 3TG minerals are sourced responsibly.

Both regulating bodies require due diligence, third-party audits, consultations and annual reporting, and the intergovernmental OECD provides guidelines for companies to follow.

However, as the EU law did not come into force until 1 January 2021 – after the Brexit transition window closed – this did not become an EU retained law and currently, there is no legislation on conflict minerals in the UK.

What are the effects of the legislation?

It has been widely disputed whether the legislation has had an effect on alleviating the conflict. Some dismiss its impact on reducing conflict as non-existent.

Others say that it had devastating effects on the lives of miners as unemployment rose when some companies pulled out of the conflict zone to avoid being associated with it.

But most actors agree that legislation has had some benefits. According to the Enough Project, as of 2018, 78% of smelters/refiners have passed third-party audits. This created a two-tier market whereby the price for untraceable 3T conflict minerals is significantly lower than the price for verified conflict-free minerals, which has made the trade in minerals less lucrative for armed groups.

The International Peace Information Service (IPIS) found that, as of 2016, over three-quarters of 3T miners were working in mines where no armed group involvement had been reported. But 64% of gold miners still work at conflict mines.

Many think that enforcing official taxation is the most significant achievement of the implementation of the traceability chain. However, the collected tax rarely flows back to aid the mining communities and the economic and social impacts of these revenues remain unclear.

What are companies doing about conflict minerals?

It is difficult for companies to guarantee that their products are ‘conflict free’, as complex supply chains make tracing the origin of minerals far from straightforward. Mines validated as conflict-free are sometimes just a few hills away from places where violent conflict is still ongoing.

Evidence published by Global Witness in 2022 indicated that companies including Apple and Samsung may rely on a supply chain due diligence scheme that is used to launder conflict minerals from the DRC. In one mining area, for example, the investigation found that up to 90% of minerals did not come from mines validated for meeting security and human rights standards.

Companies like Fairphone, mobile phone Best Buy, have had to find workarounds. For example, when it was not possible to effectively trace the supply chain of gold used in their phones beyond the Shanghai Gold Exchange, the company just paid for an equivalent quantity of gold from certified Fairtrade refiners and allowed this to then be traded on the Exchange.

Ethical Consumer expects all laptop and smartphone manufacturers to have an adequate policy addressing conflict minerals whether or not they are bound to do so by law. We also require companies to commit to continue to source 3TG minerals from the DRC, to stop companies just leaving instead of bothering with due diligence, which could have serious effects on employment in the region.

To get our best rating, these companies were required to outline in detail the due diligence steps they take, rather than just referring to the OECD guidelines.